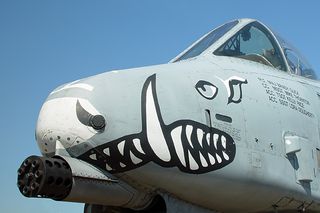 Blowing out of town for a long weekend, so Friday Happy Hour comes on Thursday. But this video, when you consider the political context—it was 40 years from the Bunkers to Barack—ought to hold us over.

Rereading President Obama's speech at the National Prayer Breakfast last month, I ran across an idea I'd like to dismiss:

"If we leave our values at the door," Obama said, "we abandon much of the moral glue that has held our nation together for centuries, and allowed us to become somewhat more perfect a union. Frederick Douglass, Abraham Lincoln, Jane Addams, Martin Luther King, Jr., Dorothy Day, Abraham Heschel—the majority of great reformers in American history did their work not just because it was sound policy, or they had done good analysis, or understood how to exercise good politics, but because their faith and their values dictated it, and called for bold action—sometimes in the face of indifference, sometimes in the face of resistance."

He's saying, in purposely uncertain terms, that when it comes to social good, Religious People Get More Done.

But mustn't a New York Times-reading, cocktail-snarfing, motorcycle-riding, golfing liberal agnostic writer like me acknowledge, if only in a parenthetical pause from my pontification, that when it comes to drawing a line and laying their life on it, religious people are more reliable than I?

For me—as for most of us, I suppose—Darfur bleeds into the Taliban's treatment of women who make me think about the lives of suicidal Chinese workers who made the computer from which I blog today's outrage (and schedule tomorrow's, a day ahead)?

I certainly don't want to go to0 far with this, but it does occur to me that a religious person might be more likely than a non-religous person to seize on a problem and commit a life to its solution. I honestly wonder whether Lincoln, Addams, King, Day and Heschel would have made their moves and maintained their movements without an explicit moral framework for justification and a church community for backup.

Douglass would have been fine without religion, because he was one bad-ass emmer effer. As were and will be any number of secular, non-religious American heroes.

But can't we all at least acknowledge that religion can be psychologically and socially useful as a provider of bright lines in a world of moral gray?

And if we can acknowledge it, shouldn't we do so, if only so that we may continue to claim to have more intellectual honesty than Rick Santorum, and to undercut his manipulative claims of cultural persecution?

I know Christians can probably never say out loud that atheists are good for the world. But sometimes you just have to be the bigger person.