I realize your job is to stall for eternity.

When Joe Biden or Donald Trump or Rosanne Barr or Gwyneth Paltrow don't take back a thing they have said—or "walk it back," as you would say it, because that chews up a little more time—that doesn't mean they're "doubling down" on their argument.

In blackjack, "doubling down" means actually doubling your bet in the middle of a hand. So doubling down on an argument, to the extent that it's a relevant rhetorical metaphor at all, would be like Joe Namath guaranteeing that the New York Jets would win Super Bowl III against the heavily favored Baltimore Colts—and then guaranteeing that they would win Super Bowl IV as well!

But if Broadway Joe just repeats his original prediction in stronger terms, he's not doubling down. He's just sticking to his guns.

No big deal, and not breaking news. 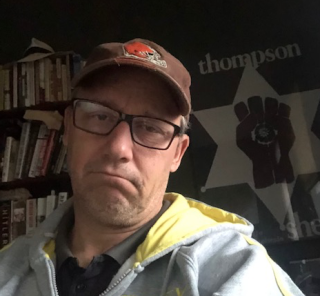