My Aunt Betty had a needlepoint pillow on her couch that said, "If you don't have anything nice to say, come sit with me."

The only thing I don't like about being editor of Vital Speeches of the Day is that I'm always celebrating good speeches, and there's no room to skewer bad speeches. Well, that's what blogs are for, I guess. Here I nominate the first of what I hope will be many, Frightful Speeches of the Day.

Why did Hatch invite Archuleta to speak? Hell, I don't know … why was Orrin Hatch invited to speak? All I know is that this speech is a worthy first nominee for FSOTD .

Well, thank you. Hello. Good morning. I’d like to thank Senator Hatch for inviting me to come. When I was first asked to speak at this, I thought it was kind of funny. It’s like, David Archuleta, speak?  A David Archuleta speech for me that’s kind of like an oxymoron. I’ve never been very good at speaking, but I always thought, my whole life (I guess there hasn’t been a whole lot of it) but when I was younger I was never good at speaking. I probably would have never been able to come up and say five words in front of all of you a few years ago. I always thought I guess that’s why I have music in my life and singing because that’s the only way I know how to communicate to people. Over the last couple of years, it seems like music has kind of gotten me into a lot of situations and a lot of trouble with havingto speak in front of people a lot. But I feel like it’s a good opportunity to kind of overcome it. 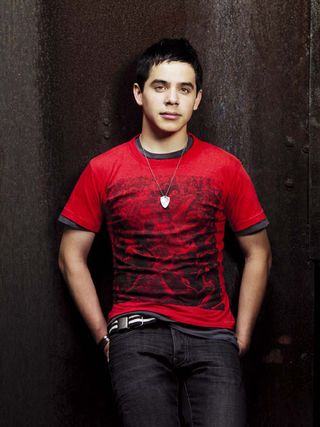 I have some notes. I wasn’t sure exactly what I’m supposed to be saying but the things I have to talk about here are a little random. I still think there are some important things to talk about. One of the things I wanted to talk about was since speaking is something that I thought I would have never done anything like this a few years ago. Sometimes you have to face your fears. I kind of wanted to talk about that a little so I had a little bit written here. It’s like even thoughspeaking is a fear of mine I know it is something I need to face and go head-on against and do more of. One of the things they asked me to speak about was about following your dreams and still realizing the important things in life. The first question I thought of was “What does it mean to follow your dreams?” I kind of thought well, it’s your desire to accomplish something that seems difficult. It’s like well that will only exist in my dreams. That can never happen in reality, but then it’s like well, why not! I mean if it’s something you really have a desire to do and you feel like it’s a good thing, it may seem difficult to do but you just take those first little steps. I think those are the most difficult things to do, getting it started, getting started with doing that. The first step of having greater growth in life is facing those fears and not being able to accomplish those things. If you want to get better at something, you need to start in the first place. It’s like, “Oh well, I’ll never be good at that and I’m bad at that” and so we avoid doing it and try to avoid it: likespeaking for me! I didn’t avoid it today but I think that’s a good thing.  As I stand before all of you here today, you’re my witnesses, I’m taking that step forward and improving my speaking skills. It really is a difficult step sometimes because it’s almost like we’re fighting this current of fear that’s pushing us back. That’s the thing that keeps us from moving forward from our weaknesses. If we have a weakness, okay mine is speaking, speaking as you can see is difficult for me. If I would have been like oh, I’m not ever going to speak because I’m bad at it. Well, David! How are you going to get better at it if you never do it? You know, you start little. Sometimes I speak to small youth groups or to my friends and things like that. Then I would realize speaking can actually be a really good thing because you can communicate through music but there are also things in speaking that it’s like having a conversation with someone. As much nonsense as I can make sometimes when I’m speaking, the more I do it the more I realize wow, it’s a really great thing because I’m able to share with people my experiences and the things I have been able to do and the things I’ve learned most of all, I think.

And on like that, for 50 minutes. (Full transcript here, for gluttons.) Eventually, the crowd began begging him to sing. Not because they wanted to hear him sing, probably. But because it would force him, finally, to stop speaking.