You show me a hero and I show you a bum. —Pappy Boyington, WW II fighter ace 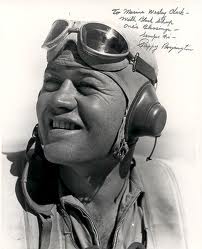 I was never a big Lance Armstrong fan. He smelled arrogant to me, and the implication that he "beat" cancer, while emotionally useful to many, always seemed intellectually dishonest to me. 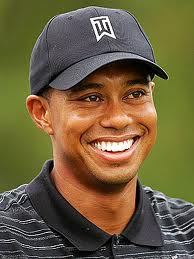 But as someone who made a hero of Tiger Woods, another athlete who many others found aloof but who I once saw as a role model for living an intelligent, organized, focused, confident life—I'm not feeling like telling Armstrong fans, "I told you so."

Though my fascination with Woods the Person has waned, I still root for him to win tournaments, for the same reasons I always did: so I can bore the bejeepers out of my grandkids, the way people who saw Babe Ruth in his prime must have bored theirs.

But I've mostly stopped having dreams about meeting Woods and having heart-to-heart talks with him in which I offer him insights about his life that rock his world. (What? You have no dreams like that about anybody? I played a quiet round of golf with Barack Obama not too long ago, just me and him. We didn't talk politics, just golf. I won, and he was gracious about it. And the whole thing was better for you not having been there.)

With Armstrong, the letdown must be more severe, because his integrity is not the only thing in question; his actual achievements have been officially stripped away.

But such distinctions are only pedantic quibbles next to the power of our feelings for our heroes—feelings that overwhelm facts.

Our very mothers, fathers, brothers, sisters, and lovers all let us down at one point or another. And we still adore them. Why would it be different with our heroes?

So Lance Armstrong fans, as a Tiger Woods fan (and for that matter as a Kurt Vonnegut fan who found the recent biography true-sounding and crushing), I'll be the last to harangue you about your guy. And I reckon that you'll be less likely to harangue me about mine.

That Pappy Boyington quote above: I read that in his autobiography when I was in fifth grade. I understood what it meant.

And I rejected it.

Dopey as it will sound to some, I still do.