As you know, I'm reading Hunter S. Thompson's letters from 1968-1975 as I weave around Copenhagen in a jangled trip that has already involved a whole sleepless night, a three-hour ramble across the city, mostly in pre-dawn darkness and a prime-time appearance on Denmark's national cable news channel.

I'm working desperately to balance the need not to have too much of the Tubor Christmas beer and the equally urgent need not to have too little. But the most salient pattern that's developed during the visit is that the loose belt from my overcoat keeps falling off and kindly Danes have to keep presenting it to me, from behind. Once, a cab driver had to stop because the belt was flapping alarmingly against the outside of his car.

The problem with the Thompson letters is this: I am a 42-year-old dad who needs to believe as much as half the time that the world is not entirely run by a mob of pigfuckers, waterheads, greedheads and atavistic monsters who could only be brought to account by equally vicious and deranged freaks who only need "an excuse to start shooting, just enough chaos to guarantee they won't get caught."

It's a charming and convincing worldview. And really, what has changed for the better since the late 1960s? Only two things: We have hospice care now, and I forget the other thing.

Hunter S. Thompson was a dad, too, when he was writing all this. Captain Kangaroo played in the Woody Creek house in the mornings. But he was a writer first. (As both Jann Wenner and Juan Thompson will no doubt attest.)

And I'm starting to think I'm a dad first: who needs to believe that there's just enough order and justice and sanity in the world that things might work out. Not "in the end," but just long enough for my kid to be able to contend with the shit when it's her time.

A dad first—I never realized this was a choice I had to make—but a writer last, I hope.

A writer at least honest enough to be compelled to divulge that, in between reading (and agreeing with) a savage attack on America, he just spent about $140 on a Danish-made blue polka-dot dress for an eight-year-old girl. 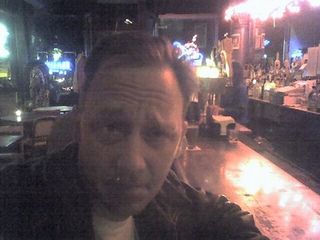 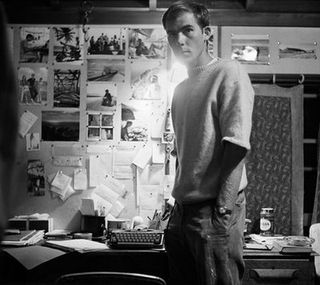