Is it too late to rant loud enough to rid the communication landscape of the term "content"? Yes, it probably is.

In fact, it probably was in 2009, when Garrison Keillor responded to a question about how he creates "content" for A Prairie Home Companion:

I sure wish we could get rid of that word 'content' to refer to writing, photography, drawing, and design online. The very word breathes indifference—why would one bother about the quality of work when it's referred to as 'content'? … I loathe the word. It's like referring to Omaha [Beach] as a development.

Of course, I critizize "content" from my uncomfortable position as a slickster who edits an ezine called ContentWise.

As a writer for a leading "custom content" company, who has no better idea of what to call it. How else do you refer to all manner of print, online and video. Communication stuff?

And as a silly man who is actually looking forward to attending an event in September called Content Marketing World—in Cleveland, where they used to make real stuff, like steel.

The content has left the barn on this one, I know.

But that doesn't mean we have to be content about it. 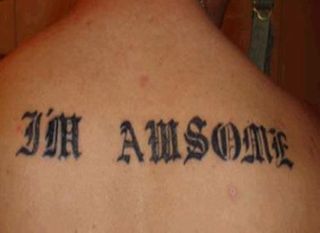 I remember when I started out writing for the New Yorker I was living in a farmhouse in central Minnesota, because it was so cheap. It really removed a lot of the pressure of having to sell-sell-sell. I loved it there. I was desperately lonely, but that's not a bad thing.

I was sitting in a room upstairs at a desk that was a sheet of three-quarter-inch plywood across two used file cabinets, looking at an Underwood typewriter, and typing on yellow paper. It was a contemplative life that had great, deep pleasure. I wouldn't know how to recover it today.

This, for me, is how the world has changed, that a man sits at a desk in utter silence, and the phone line is simply the phone line. Somebody calls, and you don't have to answer it. You sit in silence, and hours pass and you tap-tap-tap-tap at a typewriter. I will never, ever recover that life. It's gone forever.