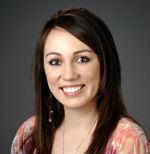 During one of our long talks in Phoenix last month, Wilma Mathews, übercommunicator and my kind host for the week, reminded me that E.B. White's first job out of college was as editor of some company's house organ (that was what they called employee publications back then). He found the job dull, and too cushy.

Under the spell of a cocktail, Wilma and I allowed ourselves to dream of what the employee communication business might have become had White applied his energies and his great and subtle mind to this work, instead.

It's fun to think about, but I wouldn't give up Charlotte's Web, or even "Once More to the Lake," for that matter, in exchange.

(Maybe he could have written them on the side.)