I didn't really know what I valued until I had a child.

Actually, not until I'd had her for a few years, and realized that while I thought I loved ideas, I spent more precious time teaching her about sports—its physical beauty, its literary history, its great heroes.

I've shown her the swings of Ted Williams and Tiger Woods. I've encouraged her to hustle on the soccer field like Pete Rose diving into second base. She's sat through documentaries on Joe Namath, Billie Jean King and the 1999 U.S. Women's World Cup championship team.

But the sports hero I taught her most—the American I taught her about most—about was by far and away, Muhammed Ali.

As in, she has seen the first Sonny Listen fight, from 1964, in black and white, at least five times—the first time, sitting on my lap.

"Oh my gosh!" my five-year-old cried, as the big bear stalked the young Cassius Clay around the ring.

She's seen most of the rest of his fights, too—except the 1971 bout when Frazier floored Ali with the left hook that convinced the champ he could take the most terrible punch, and still get up. I can't bring myself to watch that one myself.

I love the way the man moves. I have a heavy bag, and I've spent hundreds of rounds dancing to my left and snapping out long jabs. Every time I visit a real boxing gym, I'm immediately reminded by the trainer that I've taught myself all of Ali's bad habits and none of his skills.

As I write this, Ali skips rope over my shoulder. Because he helps me feel like I'm young, fast, handsome and can't possibly be beat! 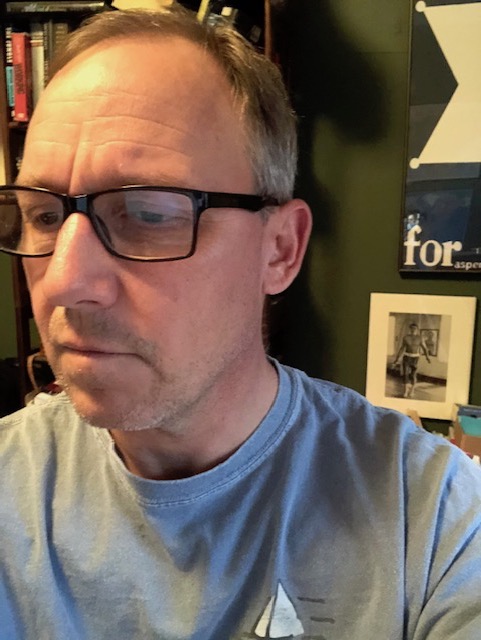 I'm reading a biography of Ali right now. It's been out a couple years; took me a while to read it because it's written by Jonathan Eig, a writer I once sat next to on Studs Terkel's couch.

I remember feeling inferior to Eig that night. I'd spent my twenties writing for a publisher of trade newsletters; Eig had spent his writing for The Wall Street Journal. At 30, I figured Eig was off to a faster start than me, and I'd probably never catch up. About a dozen years later, it occurred to Eig (and not to me), that no one had written a proper biography of Ali. And he had thought: Why not me?

That hurts—bad enough that I wasn't going to read Eig's book, Ali: A Life. I told myself I'd spent enough time on pointless boxing scholarship. 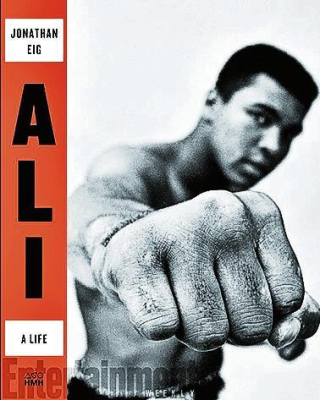 But after listening to Eig's accompanying podcast, "Chasing Ali," which made me feel more vicarious joy than jealousy—I bought the book.

It's wonderful—so good that at my most Ali-like, I don't believe I could have done any better. Which comes as a relief, really.

Meanwhile, get this: The goddamned book is giving me ideas.

Strange ones, like one I plan to explore in an episodic, experimental series here on Writing Boots over the next few days or weeks.

Are you ready for this?

Muhammad Ali—my hero and the American who I have most consistently showed my precious daughter as a beacon of human beauty, grace and charisma—has appealed to and alienated people in most of the same psychological, social and rhetorical ways, as Donald J. Trump.

Or Thursday. Or next week—whenever I figure out exactly where to begin.