The other day a Facebook friend was waxing wet-faced about his love for Love Actually. He said he watches the 2003 rom-com medley every day between Thanksgiving and Christmas, which seems excessive even to a fellow who goes rheumy-eyed anytime he hears "Both Sides Now" because God damn you, Alan Rickman (may you rest in peace)! 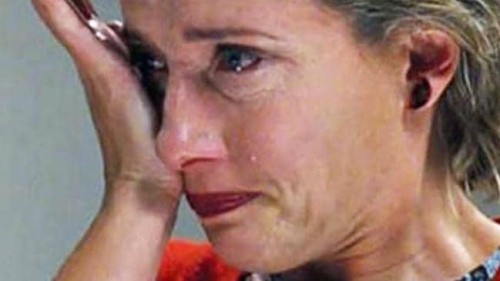 And on this poor sap's Facebook thread some critical thinker decided to comment, "So do you have an impassioned rebuttal to all the recent Love Actually backlash?"

What recent Love Actually backlash?! Don't tell me, I don't want to hear it.

For a people that's characterized as a bunch of cowards cocooned our own social media bubbles or silos or echo chambers or whatever, we sure do get precious little political peace anymore.

Is it just me?

I have friends to the left of me who can't believe I have so many friends on the right, and friends on the right who can't believe anyone could possibly be to the left of me. I can't believe it either. With a nod to Paul Simon: When I think back on all the crap I've heard on C-SPAN, it's a wonder I can think at all. (Which is part of the problem, of course. All this news-gaping has turned us into pundits rather than people. If you ask a ditch digger who she wants to win the Democratic primary, she'll give you an analysis of how each candidate will fare with the suburban moms in fucking swing states. I asked you who you wanted!)

My political influences—people with whose political opinions I have to regularly rassle—include:

A retired midwestern school teacher who convinced me years ago that, however exciting it might be economically, global capitalism will destroy the environment.

A southern preacher's son who believes sincerely that many liberals are out to silence and destroy everyone who doesn't embrace their progressively politically correct ideology.

A friend who urged me to vote against Chicago mayoral candidate Lori Lightfoot last spring because she was "weaponizing" her black skin and her homosexuality to promote a monstrous conservative agenda.

A grown-up South Side Chicago police detective's son who hated President Obama so much I had to turn away in disgust, but who hates President Trump—and "Trump humpers"—with sufficient heat to keep my hands warm.

Not long ago, an old lefty pal invited me to an event on the anniversary of the police murder of Fred Hampton, but I couldn't go because I was interviewing a former speechwriter to Secretary of Defense James Mattis.

Just in the last week:

An artist pal used Facebook to encourage holiday card makers to stop using glitter, because it's "the herpes of the crafting world," made of mylar plastic that winds up in the oceans.

Another Facebook friend posted an article titled, "Is Trump the Only Adult in the Room?" adding the comment, "Leading in spite of chaos."

I drank over the weekend with a woman who runs a writing program in a prison and feels ambivalent about visiting lectures from prominent white authors who have written famous books about African Americans in the prison system. Because why do privileged white people always get to tell poor black people's stories—and make money in the process? And lest you dismiss my friend as a one-eyed pipsqueak liberal, her godfather was actually William F. Buckley.

(She reminded us that Trump is pretty popular among prisoners and their families because his First Step Act is letting thousands of people out of jail.)

Over the weekend I ran across a famous video of the virulent anti-gay activist Anita Bryant getting a pie in the face at a Des Moines press conference in 1977 from a gay activist. Bryant's husband, sitting next to her, told her to pray for the man, which she did, before breaking into tears. I sent the thing to my gay feminist sister-in-law, who then became the first gay person I've ever heard take Bryant's side. "Anita should have first punched the guy who threw the pie," Sis wrote, "then punched the guy sitting next to her."

As the editor of Vital Speeches of the Day and author of the forthcoming book, An Effort to Understand, it's part of my work to seek out a variety of opinions. But reading the above, I bet you relate to reeling from dueling opinions from people you respect. The circumstance isn't new,  of course: F. Scott Fitzgerald said, "The test of a first-rate intelligence is the ability to hold two opposed ideas in mind at the same time and still retain the ability to function."

But these days it feels like a dozen new opposed ideas a day, and it's overwhelming and exhausting, even to distance runners like you and me.

Last week, I had a phone chat with a close speechwriting colleague who wrote a masters thesis on Bobby Kennedy when he was young in the early 1970s, then went to work in Republican politics and has devoted most of his career to a Washington lobbying organization of great importance and with strong bipartisan ties. "I can't watch the cable news shows before work in the morning," he confessed with a sense of sad astonishment. "I find myself watching reruns of Everybody Loves Raymond."

Or as it's called now, Some Folks Find Raymond Problematic.

If we're going to live in bubbles, for godsakes let's build them out of sterner stuff.