Writers are always telling you about the importance of verbs. They ought to show you, instead.

Reading Last Words, an unpublished novel of my mother Carol Murray, I ran across a passage in which verbs carry the action almost all by themselves. 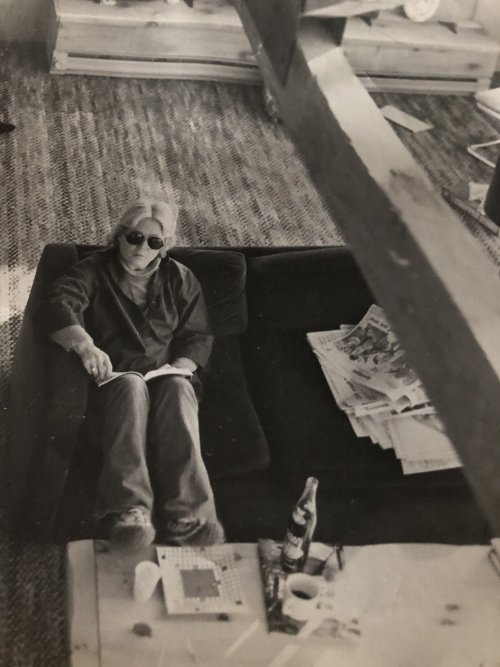 The novel is about a boy dying of leukemia, and as its title indicates, it doesn't end well. (Which is why it was unpublished; she refused Random House's request that she change the ending.)

Bobby tries everything to get up out of the hole he is in. He spits his way out; he screams his way out; he swears; he washes. He bombs his way out with little balls that leave his rear. He rocks, he sings, he sleeps. He doesn't sleep. He acquiesces; he fights, he punches, he sucks in his breath.

He chatters, he sulks, he hums. He smears, he puffs, he hops, he skips, he jumps, he slides, he fasts, he eats, he tries to vomit his way out.

He teaches himself to read.

He bribes, he connives, throws, he walks backwards. He plays like a good little boy, claps, prays, wishes, focuses, contracts, touches himself, doesn't touch himself. God love him, he never begs or nags anymore.

He is always working; he never rests.

He is dispirited, annoyed that so much energy could come to nothing.

He sits in the corner of his little room. "I am just a little boy," he says. "There is only so much a little boy can do."

Even though we know it's a heavy-handed literary device, we still feel compelled to take these 100-plus verbs one by each … conjuring what it must be like for a little boy with leukemia, trying not to die. Empathizing, interrogating, agonizing, philosophizing, rationalizing and stonewalling against the idea that a child with leukemia could ever be our own.

Because that's what verbs do to us.