A New York Magazine piece this week interviewed a dozen young people on why they don't vote.

One of the young people quoted was from Hudson, Ohio—the preppy, politically vapid little town that I grew up in. (Here was our town mascot.) 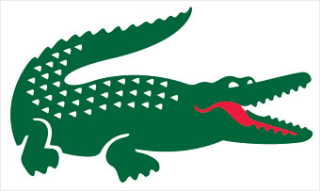 Hudson did have a pretty good high school, though. Seems like maybe it still does.

"In my senior year in high school, I was probably borderline socialist," said the 23-year-old Hudsonite that the magazine ID'd as Reese, taking a pull on his pipe and then coughing hot cinders all over his smoking jacket. "Though I don’t really think I understood what a socialist was. I was blatantly liberal and didn’t bother to check myself. My friend gave me The Prince, by Machiavelli. I read that, and it provided a certain nuance that I didn’t have. From there, I read more, and I realized that a lot of things I’d thought before were wrong. I got into Hellenism. I read Cicero, Livy. Later on, I got into Voltaire. Then, in college, my field is American politics and political science. I prefer constitutional law and Alexander Hamilton."

Young Reese, if it's clarity you're looking for, I suggest you read one more book, the easiest on your list: Alex Kotlowitz's There Are No Children Here. It's about growing up in desperation and terror in the Henry Horner Homes housing project on the West Side of Chicago. You should read it while riding Lake Street El train past said Henry Horner Homes. That's what gave this little apolitical Hudson dweeb the courage of my conviction.* (*Alas, the Henry Horner Homes have been torn down; but there's still plenty of desolation on the West Side to help get you out of your head!)

"There are things that I’m aware of where I’m certain I’m right," Reese continued. "But for most things, although I feel strongly, it’s very probable that there’s some aspect of this that I don’t understand. Somebody provides a new avenue of thought, and it changes the way I think about something. I never felt certain enough to vote. But I’m a political-science student, and the talk of voting is really big in my circle of friends. In 2016, I almost did. Of course, I’m not a big fan of Trump, but I didn’t know if Trump was going to be a flash in the pan or—I just didn’t know what to do. I didn’t want to help something that might end up being wrong."

Son, I hate to drop a wrench into your exquisitely balanced ego-maniacal inferiority complex, but you do realize, don't you: You're not single-handedly appointing a candidate. You're just voting for one. Play a hunch. Go with your gut. Shirts or skins, we're all playing by instinct!

And whatever you do, get your ass away from Hudson, Ohio.

Akron would be far enough.