My parents were sort of hermits. Both writers, they were introverted and had few friends and fewer acquaintances. My mother had coffee sometimes with Sue Whelan, but she kept her on the other end of Bicknell Drive by telling her she couldn't socialize until she finished her book, next fall. She later realized Sue thought she meant reading a book. 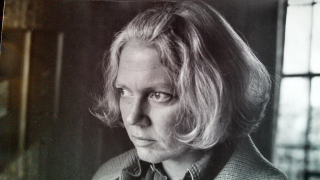 When the phone rang—especially if it rang within an hour on either side of dinner, my dad would bellow, "Who could that be?!" And if the doorbell rang, we behaved like outlaws, surrounded.

But we were weird, as I eventually discovered, when I made friends with kids whose parents left the screen door open.

Now, it seems, the whole world has taken on my parents' approach to the initiation of communication.

Not long ago, the rule was that before you would visit someone, you'd call first.

Now, before you call someone you email or text first. (Because calling someone out of the blue feels just as presumptuous as turning up at their front door.)

What next? Permission to text?