Someone must have slandered Josef K., for one morning, without having done anything truly wrong, he was arrested. —The Trial, by Franz Kafka

You can have Stephen King, Bram Stoker and even Edgar Allan Poe. Franz Kafka is the scariest horror writer of them all. It was his work, read in college, that made me hesitate before calling the number on this form, even though I have no children and know no children in Marion County, Ind. And don't abuse or neglect children in any event!

And it was his work that made me crumple it up before calling.

And then made me un-crumple it, and call, even though I received the letter two weeks after the deadline to call. 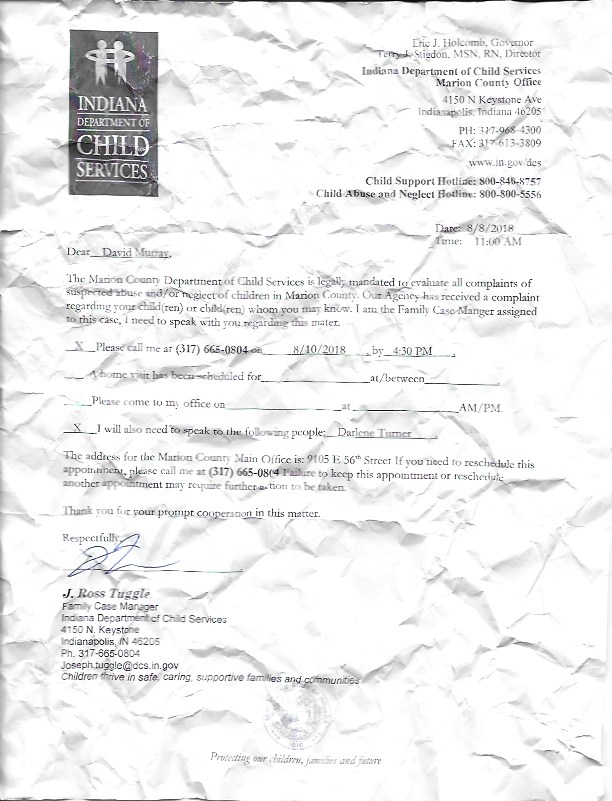 And it was Kafka's work that made me wheeze with relief when Joseph Tuggle said he sent this letter to about 25 people with my name in Chicago in hopes of getting a call from the abusive/neglectful former Indiana resident in question.

"Go ahead and throw the letter away," Tuggle told me.

As if I hadn't tried that already.