It's called "photojournalism." Not editorial decoration, not photographic commentary, not caught-ya-pickin'-your-nose.

So if you wouldn't write a headline, "House Speaker Ryan near tears in House Chamber," then you shouldn't run this photo, which wants us to think Ryan is about to cry in the House Chamber last week after the demise of the healthcare legislation, when he was actually scratching his nose or about to sneeze. 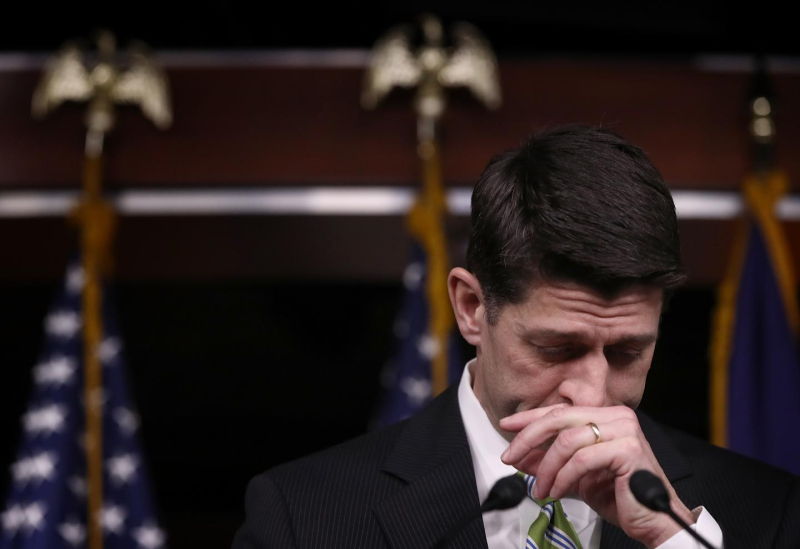 In November I upbraided The New York Times for over-the-top headlines, like one that described President-Elect Trump's transition team as "plunged into disarray." Like words, photographs only have credibility to the extent that the people who use them to communicate do so in good faith.

Come on, Reuters: in the name of Tim Hetherington, don't leave the journalism out of photojournalism.