In a democracy, how do patriots reconcile the fact that they hate politicians? Those they have elected, and those they will elect in the future?

But the truth is, I like them in general. As people. As in, gal sits down next to me at a dinner party, I ask her what she does, she says she's an elected official, I say, Great!

I've covered a number of politicians as a writer, and I recently interviewed seven, for the cover story in this week's Chicago Reader.* 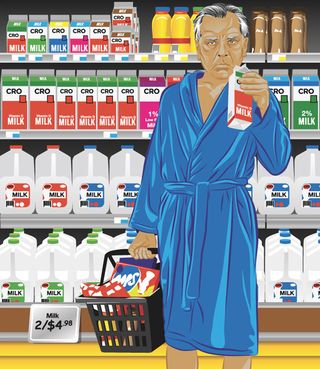 Also, I had a close friend who became an elected official, and I watched him work—in parades, at fundraisers, at Greek restaurants in small towns.

• They are willing to meet with people—dozens every day, hundreds every month and thousands every year—and hear about their troubles, from all their stupifyingly various points of view. Go ahead and chalk up the motive to getting reelected, but not before you ask yourself how many interviews you'd be willing to have to get a job.

• They don't think a lot about what they think—they think about what you think. This is what it means to be "political"; and the better the politician, the more political, not the less.

• They ask for what they want. A politician is used to looking right into your eye and asking for your support, for your money, for your vote. As Steve Goodman sang: That's not an easy thing to do. When was the last time you did it?

• They stand up and make speeches and try to figure out which words people like best. How can a communicator not like that?

• They work very, very hard. Just about every one of the ex-pols I spoke with for the Reader story said that life after politics is a breeze; and one of these guys is a CEO.

• They don't spend a lot of time thinking about what the perfect job for them would be. Politicians live a wild and unpredictable existence—at the mercy of mad electoral mood swings, at the center of constantly shifting power dynamics, always either in a spotlight or in range of a searchlight. If this makes them less introspective (or suits a less bookish type of person), well, what of it?

I don't wish everybody was a politician. I'm just glad some people are. Because somebody needs to be.