On the home stretch, I
found myself tallying up what little I know about good fortune and fate. —DM

“Does this seem like kind of a long trip to you?” I asked
Tom as we motorshambled around the mountain town of Woodstock, N.H.,
looking for a our 14th straight motel room.

“Yes,” he said, without a hesitation. “This is a
long trip.”

But it had been utterly the right thing to do.

That was proven far beyond doubt during a few sweet, easy morning
rides in the sun that made my heart swell so palpably that I worried—I hoped!—it might be permanently
stretched.

The road to ruin doesn't run through Cooperstown,
N.Y. 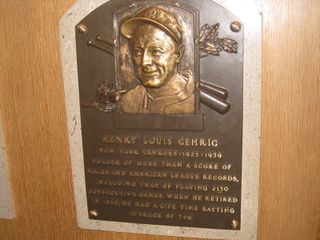 Lou Gehrig said, "I consider myself the luckiest man on the face of the earth." But of course he was only guessing.

And only when you're swimming with the universal tide do you happen into scenes like the one at the
family-owned gas station back near St. Peter's, Nova Scotia. Dad is manning the pump. Mom is inside at the
cash register, keeping warm on an unseasonably cold and windy summer's day.

Meanwhile, the seven-year-old son is carefully examining our
motorcycles, muttering his impressions to himself.

“Which one do you like better?” I ask with a smile.

Unhesitatingly, the boy weighs in, first pointing to my
bike. “Orange is my favorite color,” he says. But then he points to Tom’s red
tank and offers a counterpoint. “But that one reminds me of Christmas.”

I say the weather reminds me of Christmas, and we all laugh
and the kid happily flits back into the warm station to tell his mother about the men and their motorcycles.

When Tom and I get drunk, we’re given—increasingly with age,
I’m afraid to say—to go on to one another about how lucky we have been in life, to
have had wild adventure and family love, to have had interesting work and rich
friendship too.

But pondering fortune is a drunkard’s game, because it can
lead to conclusions. And conclusions about fortune are almost always foolish
and usually dangerous.

Our good fortune was on my mind as we rode through Pennsylvania, on the
last leg of the trip. Two lucky bastards on a three-week trip on
shiny toys—kids, wives and work to go home to—using a poor state's leached land
as our personal roller coaster.

We stopped for lunch at a tavern in Troy. The bartender ascertained we were tourists and rattled off a
half-formed standup redneck routine about how she had her third baby on Sunday
and returned to work the following Thursday. About how she’s so ill-educated that she
grew up believing that the Grand Canyon of Pennsylvania was connected to
the Grand Canyon (of Arizona). About how, if we think she’s a hillbilly, down
the road we'd find they have “even less teeth.”

And the teeth were bared.

In Warren, we stopped at a gas station to ask for a steer
toward a cheap motel. The attendant asked where we were from.

“I like Cleveland,” he told Tom approvingly, “because it
reminds me of Western P.A.”

“But I don’t like Chicago.” He was glowering at me.

Why not? I asked.

I looked at him blankly.

At the bar at the Holiday Inn that he directed us to, a
patron left his USA Today. On the
front page, President Obama was throwing out the first pitch at the All-Star
Game.

With a ballpoint pen, the guy had casually drawn on horns, and a tail. 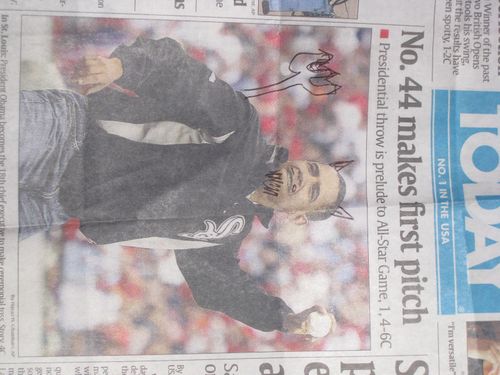 During the presidential campaign last year, Obama said, “You go into some of these small towns in
Pennsylvania, and like a lot of small towns in the Midwest, the jobs have been
gone now for 25 years and nothing’s replaced them. And they fell through the
Clinton administration, and the Bush administration, and each successive
administration has said that somehow these communities are gonna regenerate and
they have not. So it’s not surprising then that they get bitter, they cling to
guns or religion or antipathy to people who aren’t like them or anti-immigrant
sentiment or anti-trade sentiment as a way to explain their frustrations.”

Of course it was the most accurate thing Obama said during the whole campaign, and the hot water he got into proved the old axiom about politics: a gaffe is when a politician tells the truth.

But a broader axiom also applies: Be mighty fucking reluctant to explain people’s fortunes, good
or bad, yours or others’. Remember the chipmunks!

Most of the time, your best bet is to ride as aggressively
as you dare down the best road you can find and try not to take the weather
personally—or take credit for it.

And enjoy what presents itself to be enjoyed. Like the
moment on the hotel patio at Lake George, New York, where our wives met us.

As we sipped beer and waited for Cristie and Juli to arrive
in the rental car from Albany, I admitted and Tom copped to being a little
nervous. And shortly after the happy and giggling reunion, we got the first hint as to why:

Without telling us (or consulting one another) each woman had used the occasion of our absence and the inspiration of our self-will, to get a tattoo.

The old guy talked tough outside the New Hampshire motorcycle shop, but I think if his wife ain't goin' to Sturgis, he ain't goin' either.