My faithful and funny Australian communication correspondent and golf mate Rodney Gray—I can't mention him without boasting that he and I once played together on a course outside Sydney that was teeming with kangaroos—has a gem for us.

Newish Australian prime minister Kevin Rudd and his treasurer are being forced these days to talk a lot about a national budget deficit projected to be $300 billion. 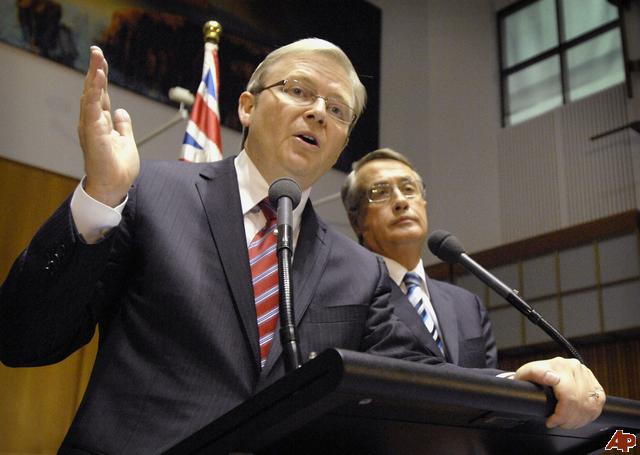 Except, Gray says and the Australian Associated Press confirms, they won't say "billion," because if they say only "300," their political opponents can't make ads quoting them as saying "$300 billion."

Bootsters, I bet you have. Let's hear it.