Boots readers are aware of my plot to put communicators in charge of the government.

A few years ago I supported Joliet, Ill. English teacher Pat McGuire for Will County treasurer, a position in which, among many other achievements, he has scrubbed hundreds of standard taxpayer communications clean of mumbo and free of jumbo.

And of course I've been claiming Obama is the best presidential writer since Lincoln (it has come to my attention that Teddy Roosevelt might be in there too), and throughout last year I urged my readers to "Vote the Communication Ticket."

Apparently, many of you did! 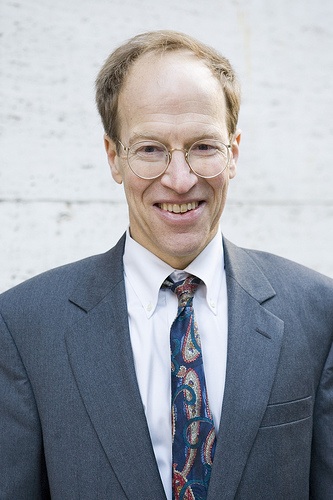 The writer of a number of significant books on labor and the courts and a nationally known political comentator, Tom is running to fill Rahm Emanuel's vacated seat in Illinois' 5th District, on Chicago's north side.

Here's what The New York Times said about his Tom's first book:

“Thomas Geoghegan’s Which Side Are You On? is a quirky, brilliant
career memoir of a man who attended college in the late 1960’s and
moved on to Harvard Law School, but  who did not follow the natural
course and rise into the upper ether of government service or the
wealthier law firms. Instead, he plunged downward, because of
1960’s-type ideals and   a romantic mishap, into the smoky pit of union
politics. He joined a campaign to overthrow a corrupt leader of the
United Mine Workers union. The truest thing of all in his book is the feeling of open, ardent
love that he expresses for ordinary working people who try to help one
another out—which is unionism’s main principle."

I like the idea of Tom's candidacy because I think Obama's concilliatory, centrist instincts require thoughtful pushes and prods and reminders from principled guys like Geoghegan, who's in daily touch through his law practice devoted to such homely cases as one he's working on now, to protect poor people from predatory payday lenders.

The thing is, 5th District race is split a hundred ways and the special election primary is rushing up March 3. Tom needs visibility and visibility demands dough. You can learn more about Tom's campaign here if you're moved to contribute you can do it here.

And if you live in Chicago and would like to meet Tom and hear him speak, I'm co-hosting a campaign event next Sunday.

It'll be interesting, and so would U.S. Rep. Tom Geoghegan (D-Ill.).