Last week while I was in Canada, Ann Coulter was touring the place, and stinking it up with her reptile farts.

One by one in cocktail party conversations, the Canadian communicators sincerely appealed to me and the other American speakers to explain where, in the name of all that is polite and nice, Coulter ("what's her first name again?") came from. We explained that Americans tired of her several years ago and she's trying to recapture the magic in a country whose citizenry she can still shock.

We told them not to fall for it.

Alas, the editorial pages in the Vancouver Sun, Calgary Herald and Globe and Mail were brimming with editorials, op/eds, letters to the editor and columns about Coulter, whom Canadians rightly consider the ultimate test of free speech.

By Saturday, though, things were getting back to normal. Reading the Calgary Herald at the airport, I noted a prominent column headlined, "Why I always try to be nice to store clerks." 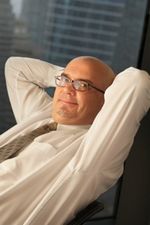