A pal of mine and I disagree on some matters of public policy, but a common hobbyhorse of ours has for years been the appearance of the uniforms police wear and the cars they drive. We have always thought it was really important. And if it was important before, it must be more important now.

So I had to comment when the police force in the leafy little, WASPy little, preppy little white bread Ohio suburb where I grew up posted about their citizen-friendly policies over a photo of one of their menacing police cars. 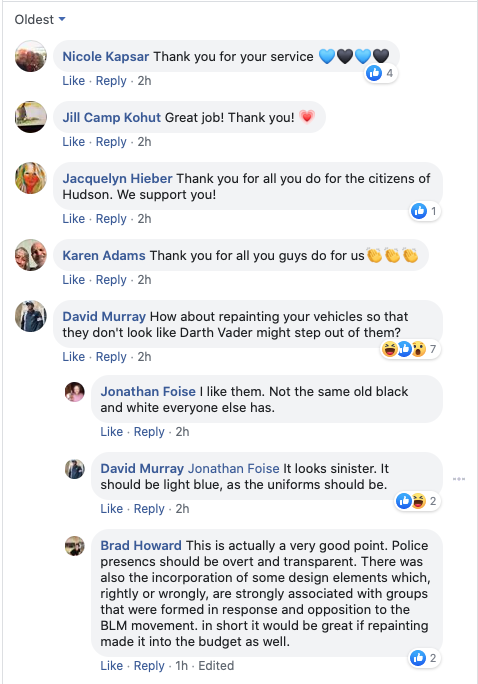 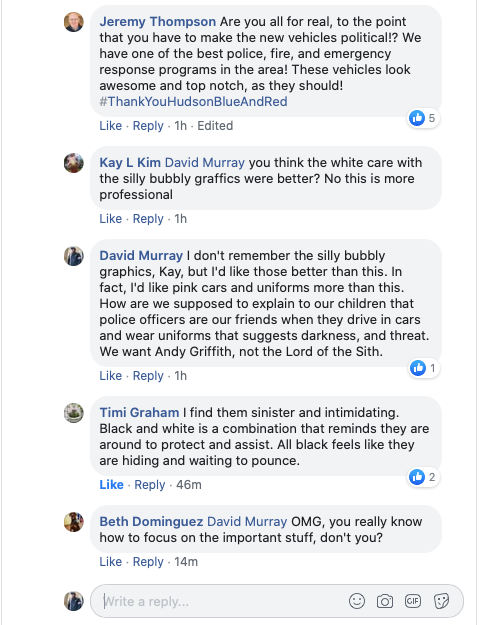 To answer that last question, Beth Dominguez, the blindness of some to the symbolism of what the police look like is as clear a demonstration of the stubbornness of an us-versus-them attitude—between police and some citizens, and between some citizens and other citizens—as anything else I've seen.

Imagine if you were in a hospital, and the nurse came in dressed head to toe in black.

I think you'd have a hard time focusing on anything else.