Emory University psychology professor and political science author Drew Westen has made an academic career out of criticizing his fellow Democrats for shooting themselves in their two left feet with the rhetoric they choose to describe the causes they're promoting. They appropriated the enemy's label, "Obamacare." They mincingly propose "campaign finance reform" instead of demanding "fair elections." Instead of talking about pollution, liberals gas on about "CO2 emissions." 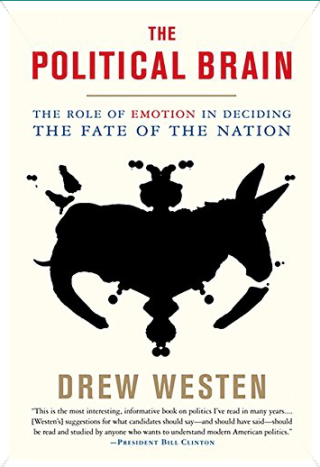 "Defund the police" is Westen's latest target, and he destroys it completely in a column today in The Washington Post.

At times like this, terms must be descriptive and socially useful, and however important the concept behind it, "defund the police" has been neither, beyond its initial contribution, of jarringly drawing attention. It's time to settle on a better term before it's too late. "Reimagine the police" works well enough for me.

Two other terms, I've wanted to erase from the public conversation of late. Again, both terms describe a thing that's real; but the terms are less descriptive and useful than they are unnecessarily and gratuitously insulting and alienating, on either side of the vicious political tetherball game that passes for national dialogue at the moment.

One is "virtue signaling." This is a term usually used by Republicans, who accuse liberals of taking easy stands in favor of politically correct causes in order to show how woke we are. Which is exactly what we are doing, of course. But in many cases our motive for wanting to appear woke is wanting to publicly declare ourselves allies to endangered or grieving or powerless fellow citizens in a time of trouble. "Virtue-signaling" implies that our motive for "liking" a gay wedding or a Black Lives Matter rally is preening vanity. That's an unfounded accusation to which we will not often cop, even private.

Another is "white privilege," which as far as I can tell is used most frequently by white people to shame other white people (sometimes with the motive of "virtue-signaling"). That white privilege exists is not refutable. But putting energy toward getting white people to make a long catalogue the endless social advantages they have over African Americans—I don't have to worry about getting shot at the Wendy's drive through even if I'm a little tipsy, I get to go through my day without making six hundred judgements about the racial and emotional motives of the people I'm doing business with, I can walk off the street into the Palmer House hotel and use the men's room without being questioned … I really could go on all day. But what good would that do?

That's because even the most privileged person had an alcoholic mother, teenage acne, adult psoriasis, a permanent case of impostor syndrome, panic attacks, weight issues, relationship issues, gambling issues—or all of the above.

And everyone—even the most gifted of us—feels from day to day that he or she has fought like a dog to get to cocktail hour: Has climbed out of a warm bed in the cold dark, beaten traffic, tolerated crazy co-workers, sated bottomless customers, and slogged through more traffic home while on the phone with a narcissistic relative only to be told upon walking in the back door that the fucking dishwasher is leaking.

"Privilege" is real and must be acknowledged by intelligent people as a socially negotiable fact of life; but "privileged" is a term for the academy, not for useful political conversation.

Not too long ago, the idea was to do things to empower people who were known as the "underprivileged," and as old-fashioned as that word sounds, that's more the idea here, isn't it? To see that all American citizens have all the privileges that everyone ought to enjoy? If I'm walking down Wabash and I need to go, I'm not going to shit my pants in solidarity with you. How can we make it so that you can stroll blithely into the Palmer House, too?

It's very easy to overstate the importance of this argument relative to everything that's going on right now.

And maybe it's even too early in what I hope is a real profound social movement—and I've seen evidence of said profundity, in communications with others, and with myself—to be quibbling about the terms of the debate.

But I don't play guitar.