As a wrangler of speechwriters and executive communication professionals, I should probably have more respect for the annual World Economic Forum that took place this week in Davos, Switzerland. (And a onetime Davos regular this week makes a decent apology for the annual gang bang.)

I'm plenty interested in the speeches that CEOs make to audiences outside their CEO class.

But alas, as far as the insular communications at Davos are concerned, my ultimate position hasn't much changed on the place since I wrote this in this space, back in 2010. —DM

Kurt Vonnegut wrote an essay not long before he died in which he called the world's leaders what they are: the "guessers," on whose grand public hunches rest the fate of us all. Aristotle, Ivan the Terrible and Hitler were three of the variously successful guessers from history that Vonnegut named. 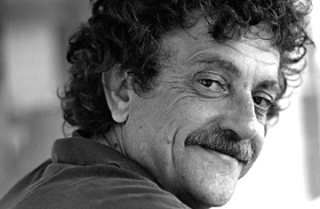 But the guessing goes on, wrote Vonnegut, even after the information revolution:

Persuasive guessing has been at the core of leadership for so long—for all of human experience so far—that it is wholly unsurprising that most of the leaders of this planet, in spite of all the information that is suddenly ours, want the guessing to go on, because now it is their turn to guess and be listened to.

I thought of that essay as I read a Huffington Post piece called "Davos Confidential," written by Eric Schmidt, simultaneously a direct supervisor of the information revolution and the guesser-in-chief at Google.

He starts out on a somewhat defensive note: 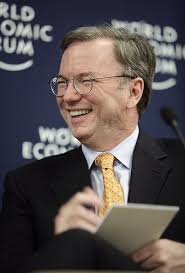 It's easy to sneer at Davos as a place where the rich, powerful and famous come to talk to each other and arrogantly put the world to rights. But there has been little sign of arrogance at recent gatherings. Nor any settled view of how to overcome the challenges our world faces. If there is a global conspiracy underway at Davos, no one has yet let me in on the secret.

Instead Davos mirrors the uncertainty in the world in general. The real story this year was not arrogance but anxiety over how we could channel turbulent global forces in a more positive direction so that everyone gains.

Oh, no. So these days our guess is as good as the guessers'?

Back to Vonnegut, who listed some of the influential guesses we've been laboring under in recent years.

The poor have done something very wrong or they wouldn’t be poor, so their children should pay the consequences.

The United States of America cannot be expected to look after its people.

The free market will do that.

The free market is an automatic system of justice.

And back to Schmidt, who concludes his essay by talking about the "principles central to Davos," which sound familiar:

Principles such as the benefits of free trade, free societies and free speech and, above all, open collaboration between business people and politicians who recognize that with freedom should come responsibility. Yes, the world has critical challenges, especially in 2010, but I believe that in these Davos values lie our solutions. It's this hope and optimism that will ensure I keep coming back as long as I am invited.