About 10:00 on Tuesday morning, the day after a visit to lecture at Williams College, I’m at the only bar at Albany International, the Silks Saratoga Bistro. I'm having a Bloody Mary and breakfast, reading The New York Times Book Review. And I’m happy.

An affability-exuding old Brit bellies up, and the bartender brings him a Goose Island without needing to ask. I know I'm going to end up talking to this guy, though I tell myself I won't. 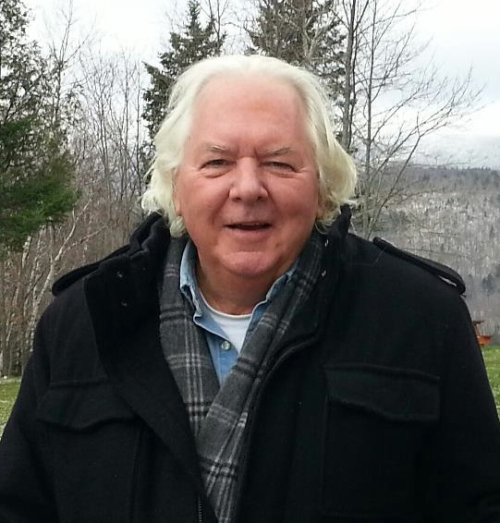 The only two writers at the Albany airport, sitting on consecutive barstools, drinking in the morning.

I broke down as immediately as he warmed up. He had closed his tab, but within five minutes, told the bartender, “I’m enjoying this conversation so much, I’ll have another.”

It had already been a sweet couple of dreamdays for this writer—a Sunday New York Times flight from Chicago to Albany, a pick-up by my host at Williams College, the school's communication chief, Jim Reische, and a panting conversation on the hour's drive to Williamstown and then over beers and a barbecue dinner.

Then a quiet Monday morning at the hotel before my lecture. One of the great compensations of business travel is that it always seems there’s an extra hour at night, and an extra hour in the morning—with no dinner to make or homework to help with or dishes to do—to roll around in high thread-count sheets for brief sensory-deprivation vacations behind drawn curtains.

I walked over to the Tunnel Coffee cafe, where at the next table, a mother used her smart phone to brief her high school son on the career background of the rowing coach he would be meeting on his college tour, while the boy studiously ate his muffin, never looking up, never betraying either annoyance or appreciation, because doing so would have required knowing the difference. “Do I have anything on my face?” he asked her when they were both finally finished. “No,” she said, “you’re fine.”

Then a brisk shamble around campus with Jim, and lunch at the faculty club.

And then the lecture, which as I always find with college students, might better be described as a psychological and intellectual tango, to abruptly changing movements of avuncular love, elderly fear, obsolescence bearing down and total authority over people at once unfathomable and perfectly familiar. It’s a bracing dance, which is why I don’t seek a university teaching position, but why I’m grateful to be invited to do the occasional guest lecture.

After a laughing dinner at Jim’s house with him and his wife, another pair of bedsheet vacations on either side of sleep back at the Williams College Inn. And a town car ride out of Massachusetts, through the corner of Vermont and into New York. "Three states without leaving the ground!" the driver bragged between coughs that he swore had nothing to do with cigarettes, which he had never smoked. “Nasal drip,” he said.

And to the airport and the other writer, who introduced himself to me as Robert Moss. He said he was all over the Internet, and so he is.

Moss was on his way to Prague, to teach a course on dreaming—actually, a course teaching other people how to teach about dreaming. Or something like that. He writes a lot about dreaming, and teaches people how to dream and how to remake themselves, somehow, in the image of their dreams. “It’s not new-age-y,” he hastened to insist, “it’s actually very old-age-y.” He went on to explain to me that:

He himself doesn’t sleep more than two or three hours straight, but naps in short shifts, with plenty of awakenings to remember dreams.

When he’s home—he’s on the road about half the year—he usually writes from about seven a.m. until noon, when he eats and has a drink. “A beer with lunch?” I ask. “Or something better than that!” he says. “Sometimes a gin and tonic or two. I’ve drank a lot all my life, and I’ve usually gotten away with it.” And then he naps.

He’s actually from Australia, not Britain, though his Melbourne parents always made fun of him as a child, for his lordly British accent. He came to the U.S. in his early twenties, and hasn’t been back, or much looked back. I’ve spent some time in Australia recently, and I brought him up to speed on some of the political and literary things that have been happening there over the last fifty years.

He believes in a kind of magical serendipity, where people and dreams collide with one another for reasons that should be respected. He referred repeatedly to his “physical life,” which I understood to be not opposed, but rather additive, to his dream life.

Anyway, he has published many, many books of all kinds, some of them New York Times bestsellers. He suggested that, if I was going to dip into his writings, I might start with a book he wrote about five chance meetings at airport bars.

I assumed it was my credit card I had left there, but honestly, I was ready for just about anything.