A guy I know volunteered at President Trump's Tuesday rally in Hershey, Pa., and had this to say yesterday, on Facebook:

"The president was amazing. … Something approaching 12,000 inside and some number of 1000s reportedly left outside. When he scans the audience he looks right at you. It's quite something."

Before you lump this man in with non-discerning dupes who you may think attend Trump rallies, you should know he majored in English in college, worked for a decade as a journalist and for several decades since has served as corporate speechwriter whose work has appeared in Vital Speeches of the Day.

His comments took me straight back to the 2016 Republican National Convention, where I was in the audience for Trump's nomination acceptance speech. 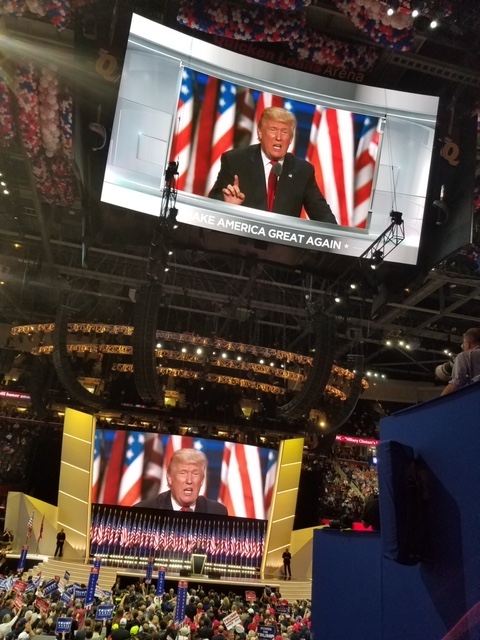 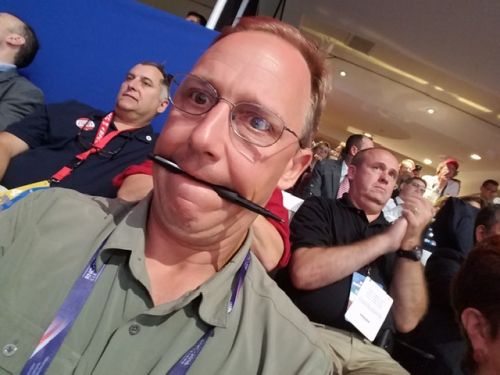 I wrote that night:

The vision of the United States of America that Donald Trump laid out in a commanding and mesmerizing speech last night at the National Convention—“look at them eyes!” shouted a guy behind me. “He looks like he’s looking right at you, talking to you personally"—was of a place with not one decent thing in it, and a people with nothing to lose. …

All around me, men and women were laughing with giddy astonishment that somebody finally dared to say these things, in front of God and everybody. “He’s not a politician!” a man behind me cried. “No politician would ever say that!”

Security was super tight at Quicken Loans Arena even on the way out, and I stood in line for 45 minutes right next to former George W. Bush speechwriter and moderate conservative pundit David Frum. Getting to know him could have been useful to me. And he was being harangued by an annoying stranger and would have welcomed any diversion. I didn't even introduce myself. I just didn't feel like talking. I felt like thinking.

Sometime in the next year or so, I'm going to publish a book about communication in America, called An Effort to Understand.

Here's what I understand now: Forget impeachment or the next election—if anyone is ever going to make the first stumbling step in the direction of healing this country: People who feel forgotten, ignored, dismissed or insulted need to feel like their would-be leader is looking right at them, talking to them personally.

They have needed it for a long time …

They need it like food or water or love.

And they're going to get it from somebody.

If not from Trump, from whom?