White House speechwriter Stephen Miller has used his position as a trusted and convicted policy articulator to become a broadly influential policymaker. Isn't that what everyone wants to do?

“Mr. Miller now occupies a large West Wing office and has influence on nearly every element of immigration policy, from the words the president uses to the regulations he promulgates,” according to a cover profile on Miller in yesterday's New York Times. “Mr. Miller is a speechwriter, policy architect, personnel director, legislative aide, spokesman and strategist.”

In other words, Miller is a Sorensenian speechwriting superfreak.

The question is, can you and I look past Miller’s acidic demeanor and truculent dogmatism (not to mention any disagreements with the policies he pushes), and learn how to turn a speechwriting chair into a seat of power?

Thanks to my personal politics and my childhood preference for people who look like R2D2 over those who look like C3PO, I loathe the sound and sight of Stephen Miller—with or without spray-on hair.  In fact, I kicked my own shin for writing “Sorensenian,” above. 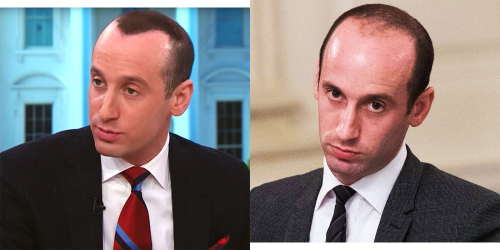 So if I can sing Miller's praises, anyone can.

Based on the Times piece, here’s what Stephen Miller does right that most speechwriters don’t:

Of course, one of the reasons I like speechwriters is that they are not as single-minded, abrasive and Machiavellian. And I respect speechwriters who say, "I would prefer not to."

But speechwriters who do want to use their peculiar place in an organization for max impact should watch Stephen Miller, if only from a safe distance, and through a set of high-powered binoculars.

Or, they can just read Ted Sorensen’s classic, Counselor, with their Professional Speechwriters Association-issue bifocals, and a nice glass of red.