I know Boris Johnson is a terrible monster and that as a lover of Great Britain, as a citizen of the world, and even as a communicator, I'm supposed to hate him like a man bun. 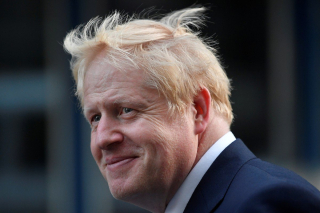 (And yes, it matters a great deal what I think. You'll please recall that, six months before the 2016 presidential election, I created PCAT: Professional Communicators Against Trump and we straightened that situation out in a hurry.)

But even if the new prime minister's morality is as messy as his hair—I admit I'm charmed by this rhetorical raconteur. Writes the emcee of an event where Johnson was supposed to speak:

It was an awards ceremony at the Hilton, Park Lane. The room was packed with financial people in bow ties. … Right now [Johnson] was due to make a funny speech.

There I was, at 9:26pm, sitting with a table-load of London bankers, trying to answer their questions. “Will Boris actually arrive?” “Is he normally this late?” “Has he got lost?”

I answered them all as best I could:

… Suddenly—BOOM. A rush of wind from an opened door, a golden mop, a heave of body and dinner jacket onto the chair next to mine, and the breathless question, at 9:28pm: “JEREMY. Where exactly AM I?”

Do not fail to read the story of how Johnson brought the house down with a speech that seemed hilariously chaotic but was actually entirely canned. (Thanks to PSA member and star Chicago speechwriter Elizabeth Austin for the steer.)

And if you think Johnson's self-save was a fluke, think again. The dude could keynote a speechwriters conference. Here, his rhetorical erudition reduces his interlocutor to helpless giggles.

Johnson might be just as bad an actor Trump—and because of his rhetorical skills, might be even more dangerous—but I do know which one I prefer, God help me.