As my college roommate Tom Gillespie and I embarked on our first asinine adventure—a drive out west that involved a pick-up truck, two motorcycles, two 1960s International Harvester Scouts and a Cessna 152 (it's a long story)—I remarked to him that some people might think we were crazy to try to pull off this trip.

That's become something of a theme over the years.

I don't exactly know how I'll feel tomorrow morning on the train to O'Hare, bound for Houston and then Quito, Ecuador—for a motorcycle trip across the Andes and through the Amazon rain forest. (Yes, seriously.)

But here's how I felt 10 years ago, embarking on a trip from Chicago to Nova Scotia to mark my 40th birthday.

At 5:00 a.m. on Saturday, June 27, I opened the gas valve, set the choke, turned the key and pushed the starter button.

The Triumph hummed, louder and louder as it warmed up. I was more reluctant.

The night before, the world had begun organizing itself to convince me I was making a mistake with this trip.

Knowing I was leaving before she would wake up, the five-year-old Scout reached for me from her bed and, over and over, screamed “Daddy!” until I simply had to walk away. Cristie and I sat on the couch gaping at idiots talking to Larry King about Michael Jackson, who had died a couple days earlier. I imagined but didn’t say that this is what people must do the night before they report to prison.

I kissed her in the morning in the dim bedroom light, pushing my lips into her cheek deeply. The comfort felt crazy to leave.

On the Kennedy Expressway riding south through the city, the cool blue predawn light made everything look greenblue and shiny as if it had been scrubbed overnight just to convince me I was on the Yellow Brick Road, headed in the wrong direction.

And as I crossed the Skyway bridge, the sun sat perfectly on the surface of Lake Michigan, bobbing like a lost toy ball.

I picked Gillespie up in Cleveland, and that three-week trip, I captured in a series of posts called the Murray Cycle Diaries , and in this alternately tedious, humorous and exhilarating video, shot with a Flip video camera insanely held with one hand off the handlebar …

We made it to Nova Scotia. 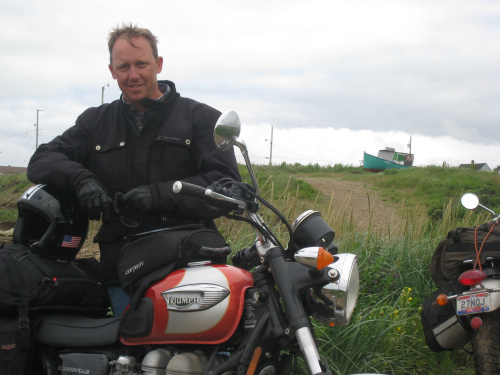 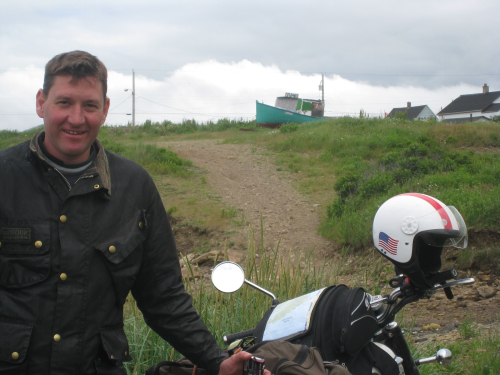 And we made it back.

And now we're going again—this time, with the Equator as the centerline. 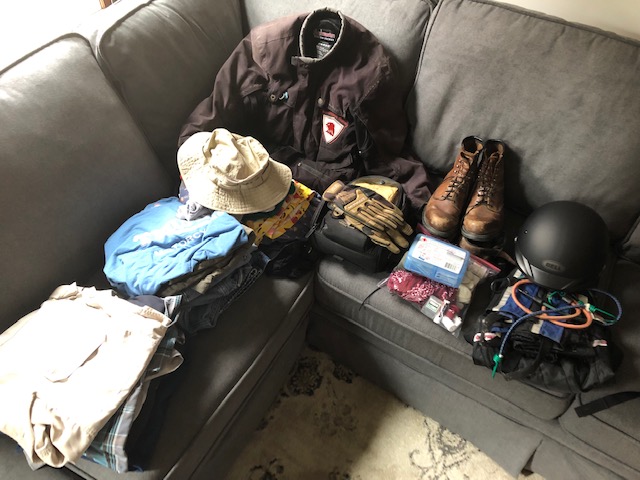 Because you'd be crazy not to.

Back here mid-June, with a story to tell.