In case you missed this post from last fall, this was the scene at last year's World Conference of the Professional Speechwriters Association. As we tremble on the edge of opening registration for the 2019 event, we look back once more in nostalgia—and ahead, in anticipation. —DM

Every year I fly into D.C. a day early and take a Sunday morning run along the Potomac from the campus at Georgetown University, where we host the event … 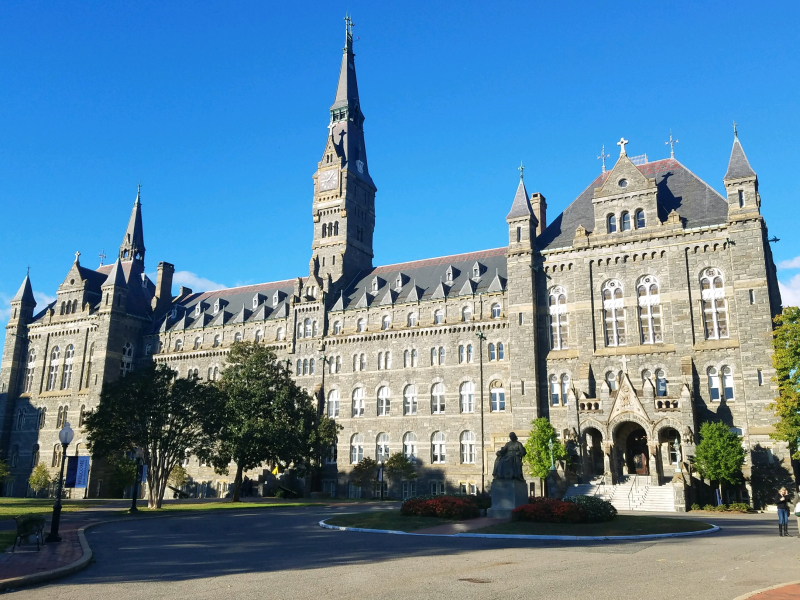 … to the Mall, for a little patriotic pep talk. 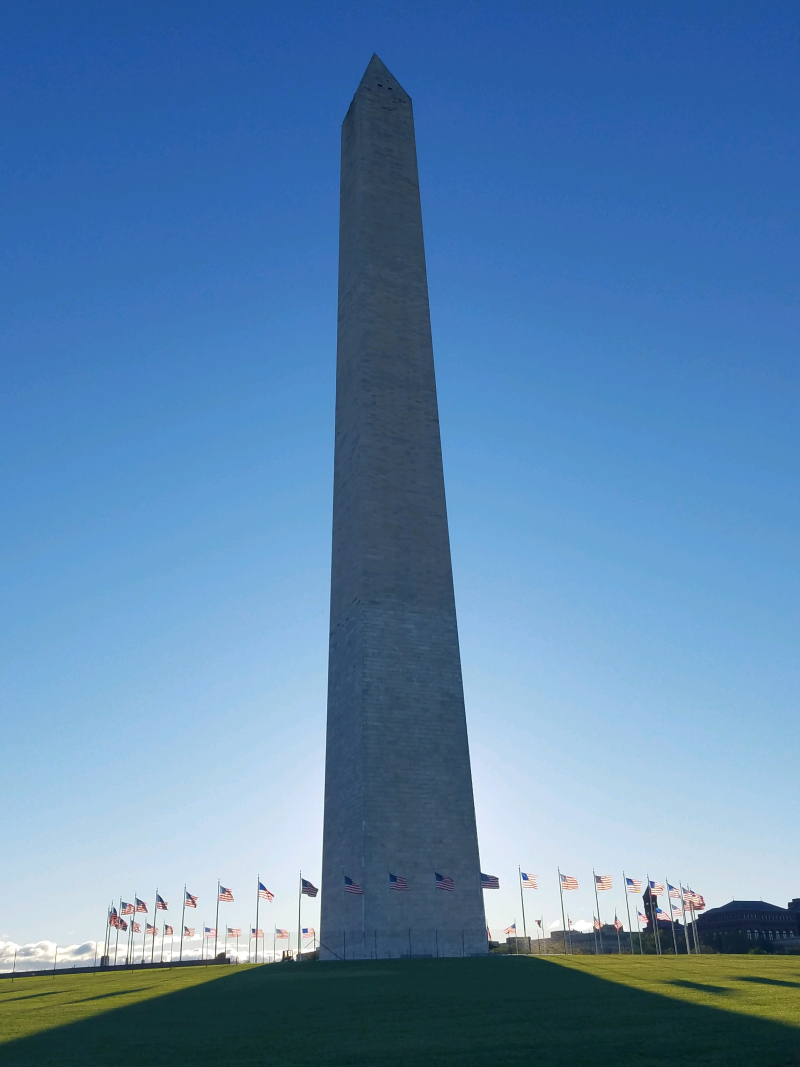 On Monday we hold Speechwriting School, where writers become speechwriters at the feet of a faculty this year anchored by Dr. Rosemary King … (this and most of the rest of the in-conference photos by conference social media director Greg Roth). 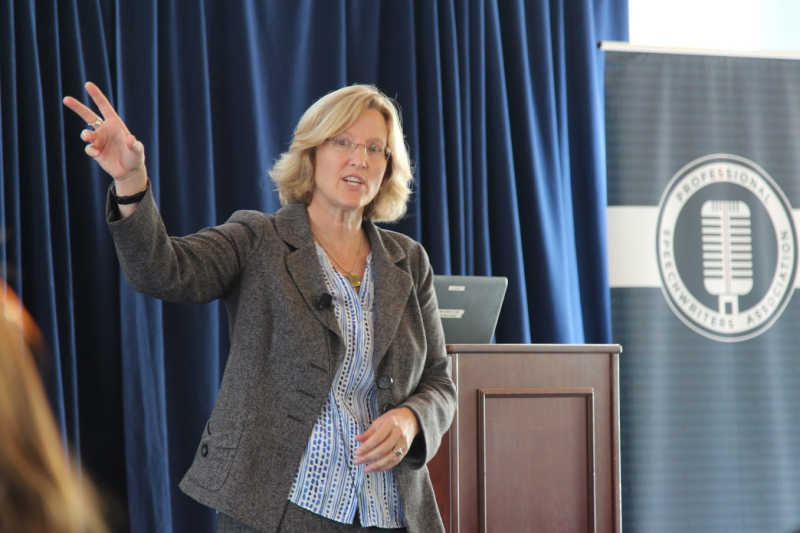 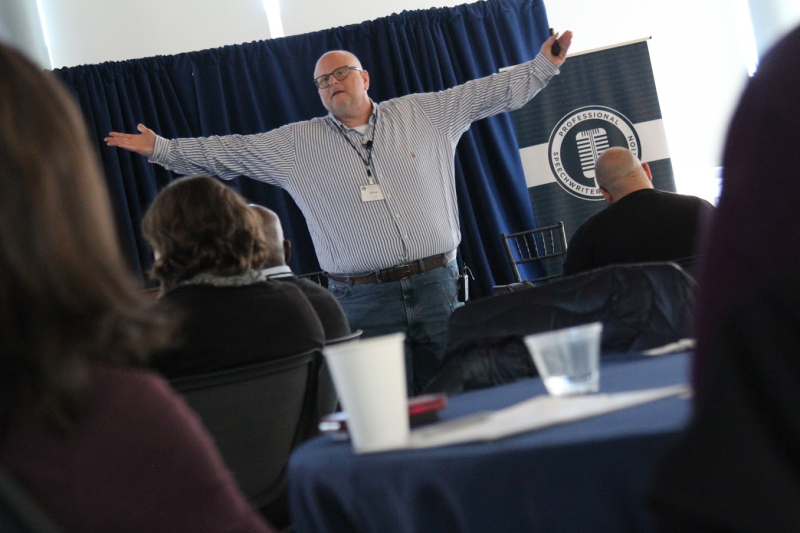 … and rounded off with a sober panel of Robert Lehrman, Janet Stovall, Eric Schnure and Lucinda Trew (just off frame to the right). 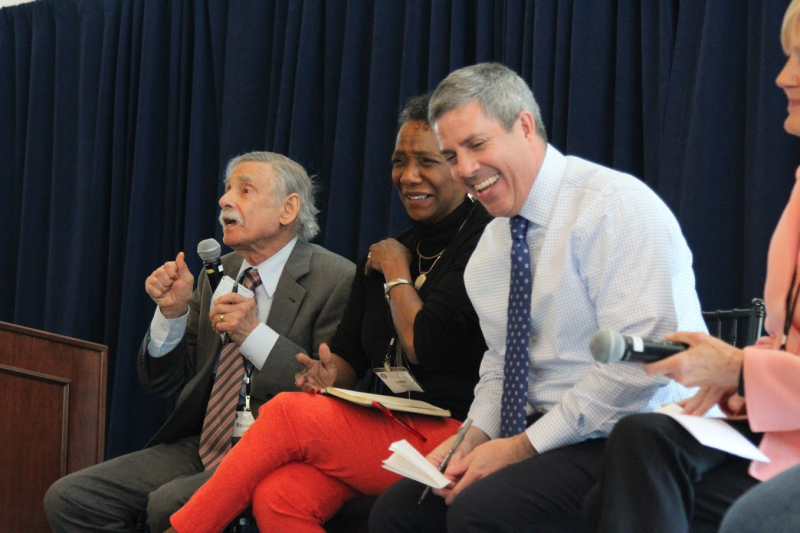 Tuesday morning dawns the World Conference proper, and this … 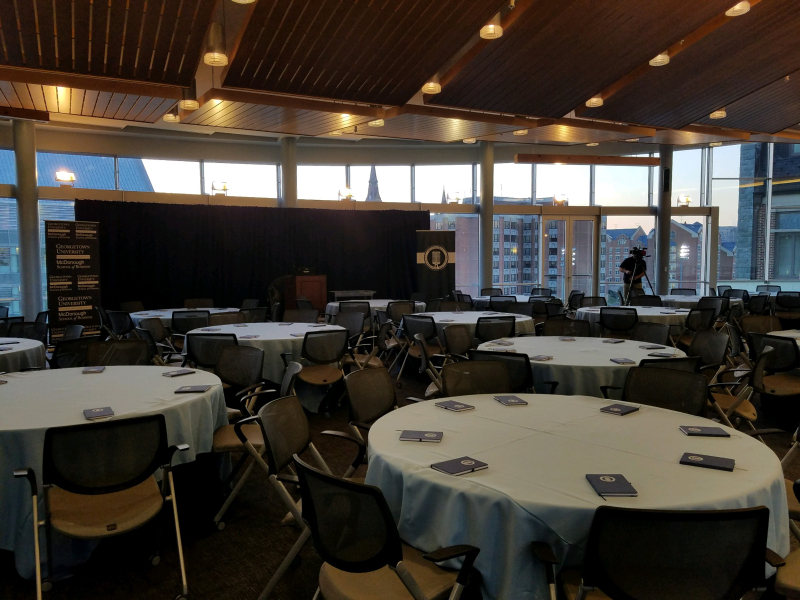 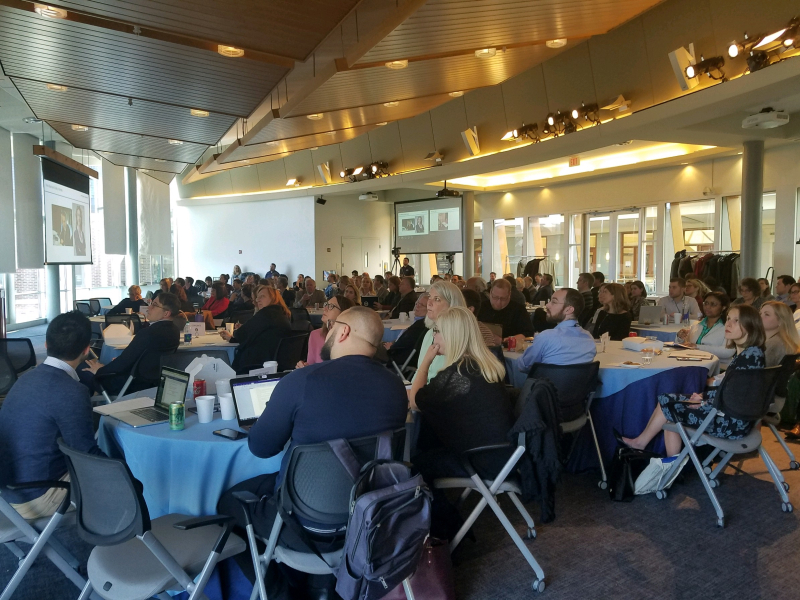 This year the keynoter, the deeply erudite Philip Collins, former speechwriter to British Prime Minister Tony Blair, began in ancient Greece and ended in a post-Trump future and was happy to take your questions. 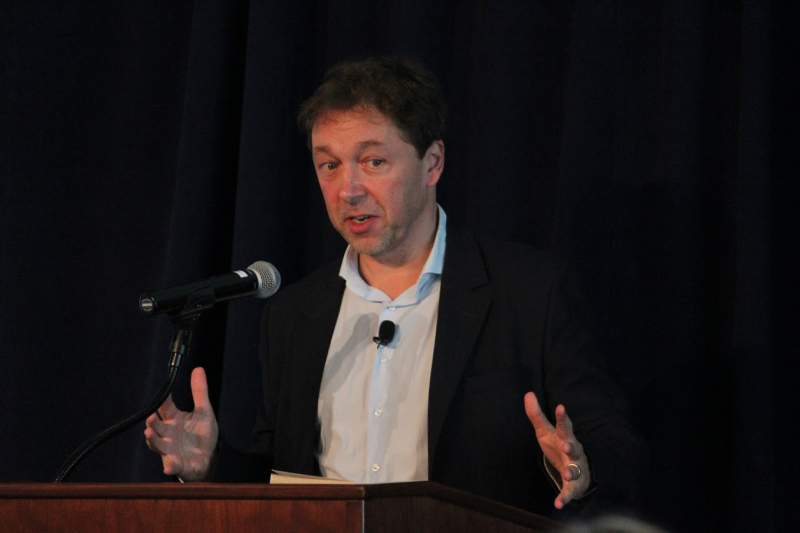 Once intellectually hypnotized, the speechwriters were easily Frippnotized. 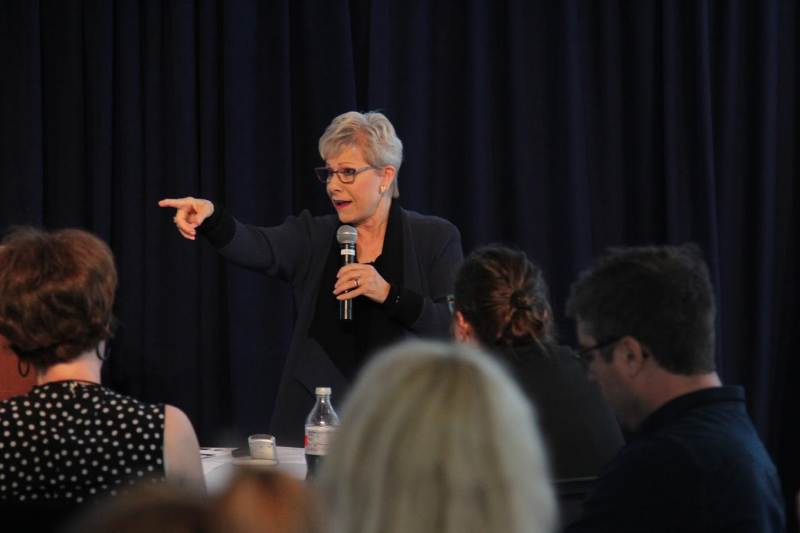 Speechwriters don't attend the PSA World Conference, they participate in it. 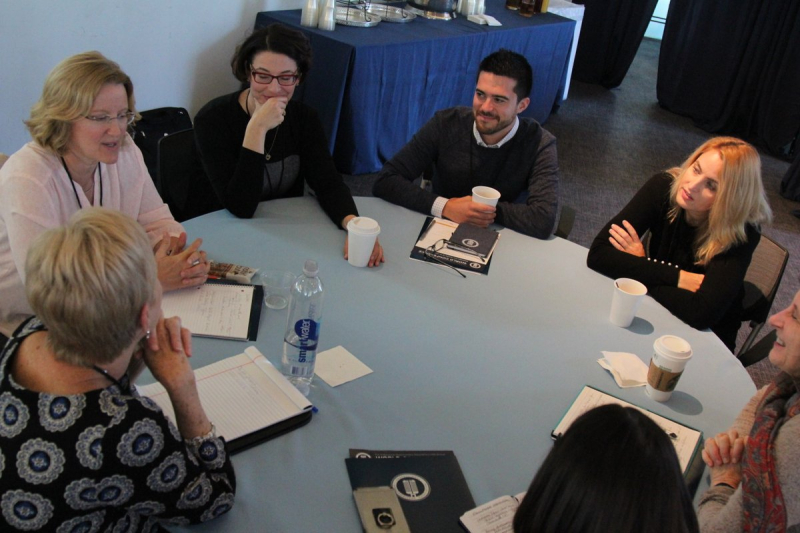 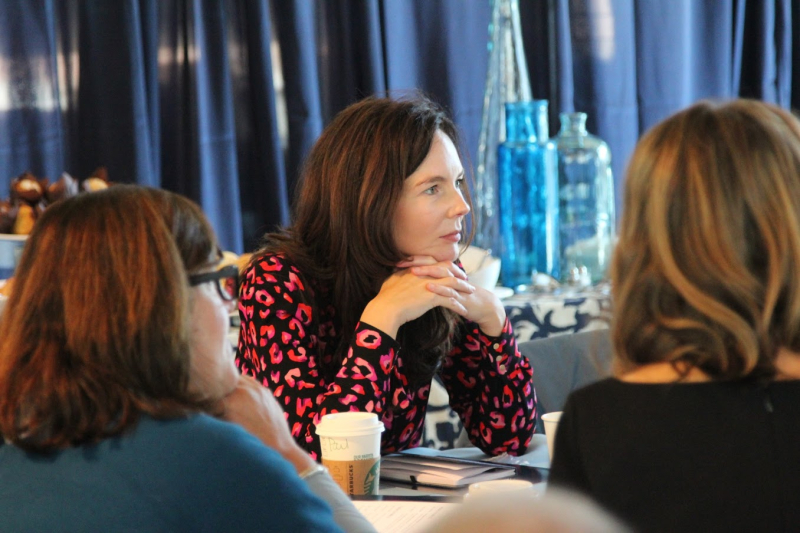 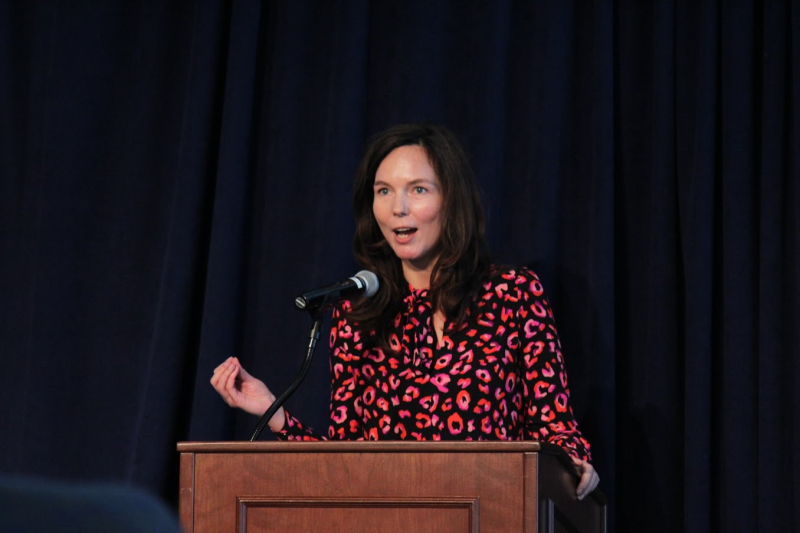 … and nothing makes the PSA's executive director happier than that. 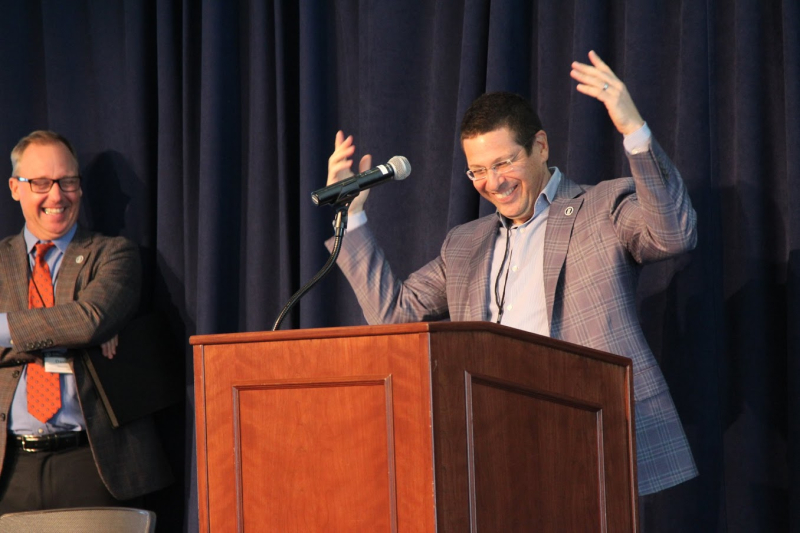 (It also makes me happy to see speechwriters in charge for once; here, former Director of National Security James Clapper defers to his speechwriter, Trey Brown, in conversation with former Obama White House scribe Stephen Krupin. Clapper later told me and Brown that he was surprised that speechwriters struggle so much to get access to their speaker. "I always just figured that was in my best interest," he told Brown, with a shrug.) 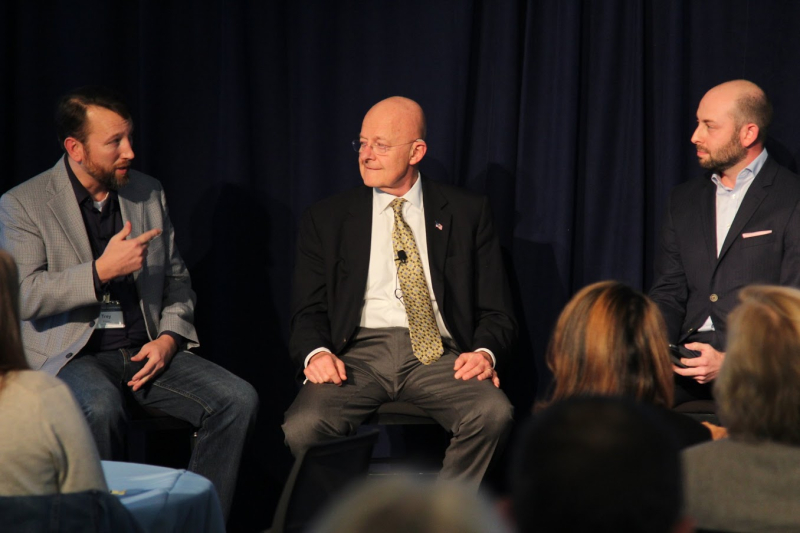 And then the winners of the Cicero Speechwriting Awards bask in the applause of their colleagues, and the Grand Award winner (this year, Matt Kivel) makes a speech. 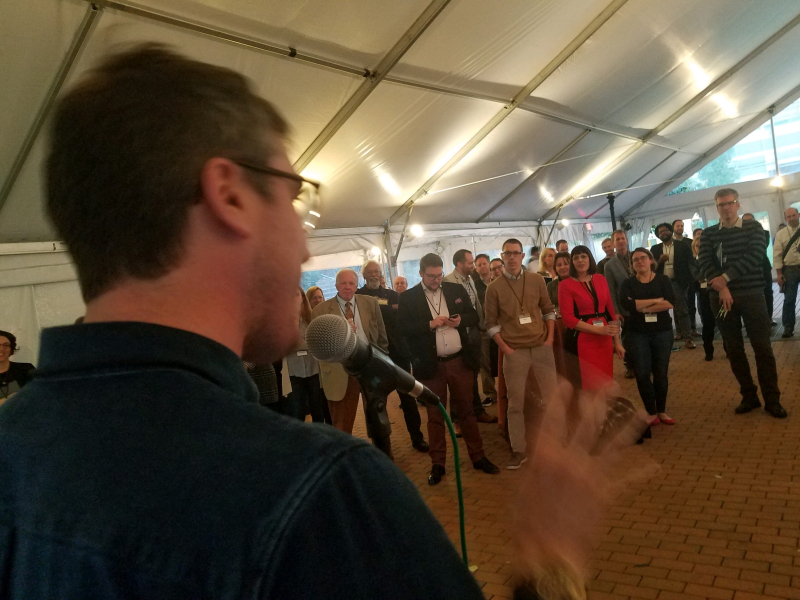 On Wednesday we caucus, discussing the state and health of speechwriting and leadership communication, and plotting world domination. This year, for example, seemingly mild-mannered American Medical Association speechwriters Leanne Boyer and Joel Hood shared a "manifesto" they'd written for their speechwriting clients—one the PSA will likely adapt and adopt, for the whole profession. 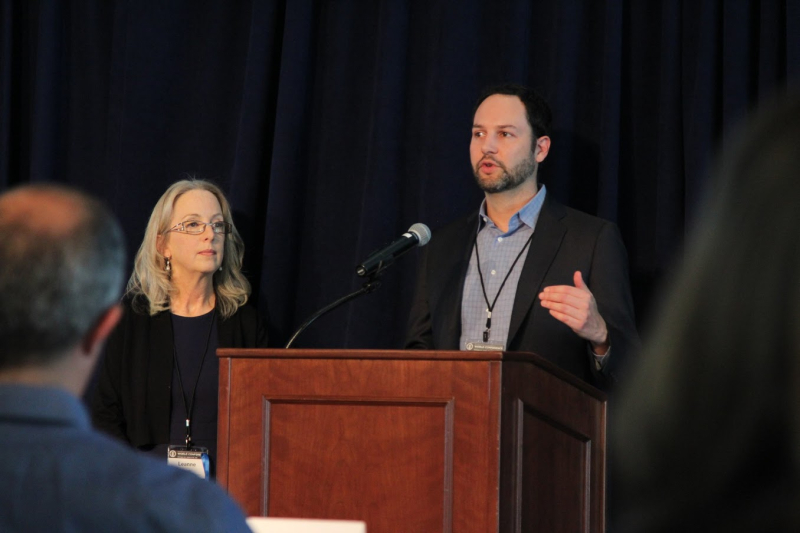 And then comes the mentoring, when undergraduates keen on speechwriting mix with speechwriters keen on showing them the ropes. This year the usual cohort of unbelievably curious and earnest Georgetown kids was joined by a like-minded crew from Howard University. 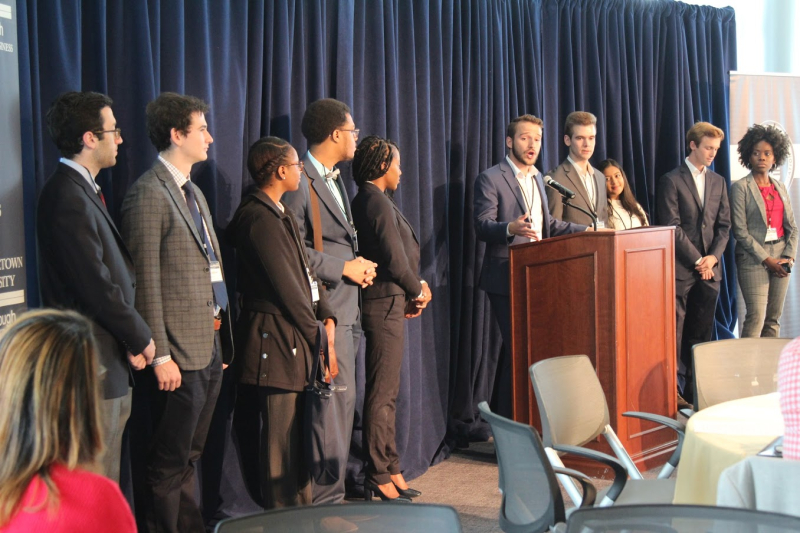 It was all over but the shouting. Assigned to that role was Mark Thompson, CEO of The New York Times. 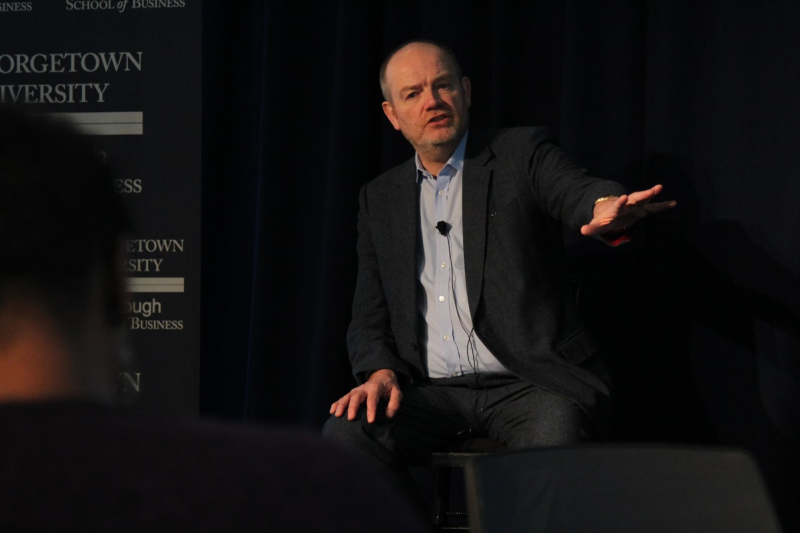 And when the show was over, the organizers were happy. 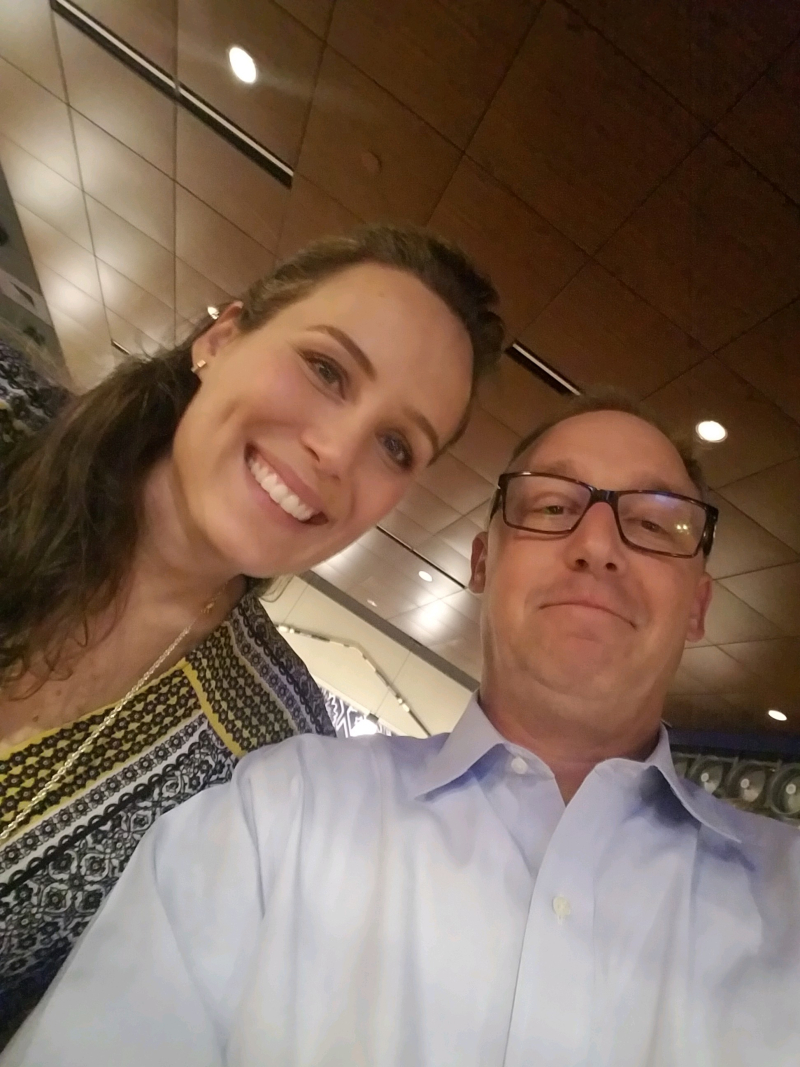 And this week they gratefully exchanged happy notes with grateful speechwriters, who said things like this: "Simply a spectacular conference full of spectacular people. It gets better every year!"

And, "This may be the magic of the PSA Conference—you come home with new energy and you want to change your life."

And, "You put on a fucking great conference—three words that aren't usually uttered in sequence."

Who in the world gets this much genuine thanks for their work than the people who run the Professional Speechwriters Association? Of course it's a labor of love.

And of gratitude, as well.

See you next year, everybody.