Written one Saturday afternoon in February, and left to cool. —DM

I don't normally drink when I write, but I'm writing and drinking for the same reason: To calm down, after a terribly stressful experience today.

I bought a new laptop.

And I believe that only by a little drinking and a lot of writing will I be able to relax the fist that's been around my heart in the five hours since I walked into the Apple store and divulged to an Apple genius named Dan that I was in the market for a computer.

Every question Dan asked came as an inquisition I felt utterly ill-prepared for.

"Have you done any research online about the new Macs?"

None of your business what I've been researching online. But no, not about the new Macs.

"Have you thought about maybe an iPad, instead of a Mac?"

"When you do your PowerPoint presentations, do you use HDI or VGA?"

I use a projector?

Dan was doing his best to be gentle. Apple makes its computers so that dogs can operate them. (Dogs who can remember their fucking Apple ID.)

I turned to my wife and said, "My anxiety is an eight right now." It was actually only a six or a seven, but I knew where it was headed.

It wasn't the massive amount of money that I was spending that was giving me the heart palpitations. Strangely, when I finally agree to spend huge amounts of money—on a car, on house, on a computer, on a company—I get this cozy feeling signing the papers, sort of like the boxer Floyd Patterson described the first few seconds after being floored. "You feel warmth toward all the people in the arena after you're knocked out. You feel lovable to all the people."

I was spending the money and felt lovable, and loved! I was receiving a beautifully made, beautifully designed tool for work, which is usually, for me, a pleasure. My daughter was telling Dan what color the laptop should be. And my wife was at least supportive enough of my anxiety-stricken self that she'd been willing to accompany me to the store on a bone-chilling winter Saturday. Then why was my heart pounding out of my chest? Why is my heart always pounding out of my chest when I confront anything having to do with computers—software or hardware, downloads or uploads. My fear of apps: There is no app for that.

And now five hours later, after successfully making the computer mine and transferring some crucial documents to it and confirming that they work on the new toy, I can't calm down.

I'm most of the way through a big vodka lemonade and about to make another, and I remember when was the first time I felt this fear.

When I was five, I was the first kid in the neighborhood trusted to run a Lionel electric train by myself. Slot cars, too. 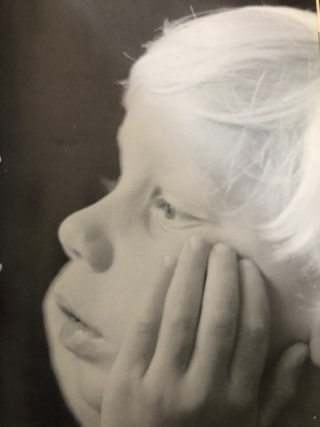 I was a star Centipede player at Fred the Framer's, a Hudson, Ohio frame shop that doubled as a video game arcade. (Old Fred knew which way the wind was blowing.) And I had an Atari 5200!

In college in the late 80s and early 90s, I used electric typewriters to write my papers. Mine was an electric Smith-Corona and it had a feature that would let you erase whole lines of type if you made a mistake. I didn't know how it worked, exactly—how did it remember what I'd just typed, so it covered that precise letter in white?—but I wasn't afraid of it. I don't need to know everything.

The first time I wrote on a computer was at a publishing company where I went to work in the early 1990s—my first job out of college. They had these primitive Macs, whose plastic had yellowed with age. But they were pretty good for writing, and they were reliable. Now and then they broke down—you'd turn it on and the little Mac smiley-face would have x's instead of eyes—you'd just unplug the thing, and lug it a few blocks to a repair shop, where it would be fixed. Inconvenient, yes. But no terror involved!

Soon I bought a Mac of my own and installed a graphic design program called PageMaker, which let me lay out my own monthly print newsletter, called The Murray Meaning. That wasn't the act of a technophobe, and I remember feeling none of the dread, unpacking my first one or two Macs, that I felt in the Apple store and back home, today.

It was the fucking Internet. Which was first called the Information Superhighway, and then the World Wide Web. That was what scared me.

What was this? The publisher sent a gaggle of its editors down to the University of Illinois, in Champaign-Urbana—where the World Wide Web (WWW) had actually been invented—to check it out. We drove four hours to see the Internet. But we got mind-splittingly drunk the first night, and comprehended very little of what we saw the next day, as the computer nerds lectured us on the technical aspects of the Web—networks connected with networks, and ones and zeroes flying in formation, something about the Pentagon—and then gave us an hour to explore the Web on our own. I remember spending a lot of time gaping at the website of the Seattle Mariners—the first baseball team that had its own one.

Soon we all had email addresses like 1003745@compuserve.com, and we were trying to get our computers to collect emails at those addresses. And instead of thinking about communication and corporations and politics and human beings and love, I was trying to figure out what in tarnation was a TCP/IP, let alone how to configure the motherfucker. Remember this soul-ripping sound?

Meanwhile, the early adopters of this technology—people in the communications business, who treated it as if it was changing the very natural laws of this work—and writers at Wired and Fast Company magazine, who kept talking about a "new economy" that was somehow untethered to the banalities of supply and demand and the old-school drudgery of food and shelter and physics itself—these people were making a young writer very nervous about his future.

Because I did not care about all this Internet bullshit, and if tech talk was going to dominate the next 10 or 20 years of public discourse—and if mastering the technology was going to be the only way to keep up with that conversation—I wasn't going to make it very long.

I was 25, and I was worried I was about to be made obsolete. And that, I think, is when I started to associate anxiety with computers.

The vodka is working. The writing, too.

I've kept up all right, I guess. Writing Boots is actually my third blog—I did a couple for Ragan starting in the mid-2000s. I learned how to make videos, and I started posting them on YouTube around 2008. And I've used those tools to talk about communication and corporations and politics and human beings and love. And I've used social media to spread those ideas further.

It's also good—and probably no accident—I've cast my lot with speechwriters, who ply an ancient trade. But I'm always pushing them to adopt modern methods to animate the speakers they write for, and spread their influence via social media.

But ask my family; ask the people I work with. I'm just a bear when it comes to learning the simplest technological innovation. I make it look like impatience, because hyperventilating isn't socially acceptable.

Which brings me to the point of this essay: Freud fucked us up good.

(You didn't see that coming, did you? Neither did I.)

Freud convinced us that all our hangups come from childhood. And we accepted it, mostly because we don't want to feel we're truly vulnerable as adults—vulnerable to manipulative friends, venal colleagues, narcissistic bosses, gaslighting spouses. We also accepted it because we're parents, and we want to believe we can make our kids indestructible before we let them go. We don't want to consider the possibility that we could send a perfectly healthy bird out of the nest that could be eaten by an alley cat two weeks later.

We raised her right! Yes, you did. But misfortune befell her anyway.

Surround yourself with people who love you and whom you can trust. Stay physically fit and keep reading. Do not go gentle, anywhere.

And hope that what doesn't kill you makes you stronger.

But don't count on it.