We used to make fun of our mother for her taste in films. Sophie's Choice. Terms of Endearment. And, for kids, the saddest one of them all, Kramer vs. Kramer. 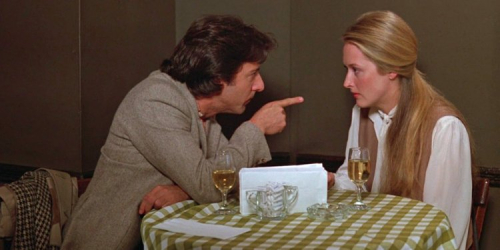 Mom was a depressive liberal novelist living with my Republican ad agency father an upscale little town full of Stepford wives. It was said that all the Democrats in Hudson, Ohio, could fit into the phone booth at Saywell's Drugstore. Mom once told a neighbor she would like to get together after she finished her book next fall—and she realized the neighbor assumed she meant reading a book, not writing one. Mom felt misunderstood and quietly mocked by these women, who she imagined spent their days "decoupaging their wastepaper baskets."

Mom, meanwhile, spent her days writing unspeakably sad books, with titles like Dog Lady. She published one about a cancer-ridden woman running a divorce colony in Reno. The book she considered her masterpiece was Last Words. It was about a boy dying of leukemia—a boy so ugly and unlikable that the only person with any emotional interest in his suffering was the next-door neighbor: an undertaker, who hoped to embalm him when he died.

St. Martin's said they would publish it if she wrote a happier ending. She refused.

Even members of the family found the manuscripts unreadable. And scary.

It was as if she was using the books to scream at the top of her lungs: Hey, sports fans, don't you see how terrible everything really is? And it was as if the sports fans were replying: Please, Carol: We're trying to watch the game.

She ultimately died from her depression—not from suicide, but from all the medications, prescribed or not, that made days bearable (which in her case meant they had to be occasionally joyful). I was in college then, most of the time enraged at her for the blight of her self-indulgent sadness on the first sunny April days of my own life. And then immediately and finally aware that she had done the best she could.

She had a point, of course, about everything being terrible. Chemistry aside—chemistry included—she was right to be sad. Unspeakably terrible things happen every day—by accident and on purpose. And people are sometimes unbelievably stupid in how they react. I was recently in a Catholic church at the saddest funeral I have ever attended. The priest used the moment to remind us that while the Church "screws things up," we should all give the Church credit when it gets it right—times like this.

Even when it's not self-serving, it's worse than banal—it's brutish—to ask people who are suffering to focus on the positive. Acknowledging their pain is at once the least and often the most you can do. (And it's surprisingly hard to do, because you must try to comprehend that pain first, which means feeling a bit of it yourself.)

But between earthquakes (and even during them) it must be true that acts of cruelty large and small are overwhelmingly outnumbered by acts of love, small and large. And as a writer—or an artist of any kind (and all human beings are artists of a kind)—it seems to me that our talents are well spent rendering these lovely moments though books or barroom conversations, at kitchen tables or in keynote speeches: noticing them, recognizing them, defining them and describing them so dramatically that people will listen to them, and be inspired to do likewise.

It's artistically fashionable to describe the world as hopelessly fucked up. And from artists like my mother, emotionally understandable.

But it's artistically correct to describe the world as something far more complicated than that: A world of flowers and timely touches and personal notes. Of it-was-nothing, you'd-do-the-same-for-me, what-do-you-need-me-to-do. Of warring parents in terrible pain managing not to motherfuck one another in front of the kids, and other heroic and unnoticed abstentions.

Like a mother plotting suicide for years but trying not to do it because (as she wrote in her journal):

Know first hand, from suicide in immediate family, that murder of self inevitably means partial murder, psychic homicide, of those left behind. Some of wreckage permanent: close survivors limp and jerk, jerk and limp, to one extent or another, like old soldiers when it rains, until closing of own graves. When too profoundly depressed to feel anything, not hope, certainly, not curiosity, still entertain one conviction; one immutable intelligence begins somewhere at base of spine, ascends: the utter stinkiness of suicide.

Heard about man who committed suicide by flying six-place airplane into side of Sierra Nevadas. Took five souls (pilot jargon for passenger) with him. See suicide of mother same way: psychic smear.

And it's a son, now almost as old as she was when she died not of suicide—feeling grateful for being spared that psychic smear because she put one foot in front of the other every day: many, many, many days, just for my sister and me.

And, in return, donating the deepest love I can—the deep-dark-red love that I received. In writing and in person, every time I'm thoughtful enough and generous enough to do it.

Kramer vs. Kramer is the happiest movie I know. 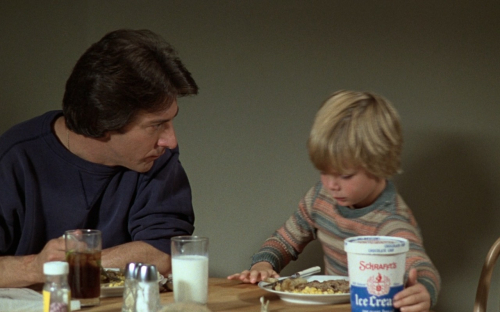