Yesterday after getting a tip from Canadian PSA member Lorne Christensen on a strangely dramatic plagiarism case, I cobbled together this report:

DEVELOPING: Unnamed "speechwriters" thrown under the bus in plagiarism flap. "A spokesman for [the World Medical Association] said that its new president was not aware that his speech was plagiarized because he had used speechwriters …"

"I turned to one of my colleagues next to me and said, 'This is my speech!'" Dr. Chris Simpson told the Globe and Mail. "I was then able to speak simultaneously along with him. It was just surreal–there is no other word for it."

The money line for us from the Globe and Mail piece: "A spokesman for [the World Medical Association] said that its new president was not aware that his speech was plagiarized because he had used speechwriters and that most doctors present at the conference 'accepted his apology' for the error."

After checking the wires for about 24 hours, the story hasn't changed much, or been elaborated upon. 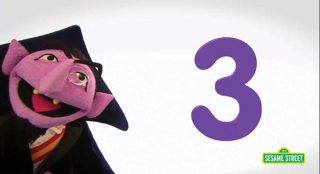 Perhaps now it is safe to do what I was inclined to do in the first place: Blame everyone involved, in ascending order of power.

1. The unnamed speechwriters, who seem to have intentionally or unwittingly copied and pasted parts of the speech down to the semi-colons, from parts of the previous president's speech and other articles and blog posts. If guilty (and assuming they do exist), these scribes not only violated the Professional Speechwriters Association's Speechwriter's Code of Ethics, but also the Desperate Sixth-Grade Language Arts Student's Laziness Policy.

2. The speaker of the speech, who in exchange for the big bucks, must take responsibility for every syllable of every platitude he utters. Unless, of course, he's willing to tamp down the standing ovation he receives after he delivers a good speech, and bring out the speechwriters for a bow.

3. The old fools in high stools who run such associations like drama queens. While the world can't agree on how to care for 7.4 billion people in a conscionable way, the CMA resigned from the global medical organization over this? These two organizations, as I suspected, were not on sterling terms before this incident. A few industry insider reports murmur of an ongoing internecine battle over the Canadian group's stance on abortion, and having something to do with the new president, Dr. Leonid Eidelman, being head of the Israeli Medical Association, with whom the CMA has a longstanding conflict. Blah, blah, blah, blah.

So yes, it's likely that one or more speechwriters messed up. And unless they have a dog-cut-and-pasted-my-homework story the likes of which I've never heard before, their offense is obviously fireable.

The speaker—Dr. Eidelman—has already received all the punishment he'll get, in the form of public embarrassment. We hope he's learned a lesson: Work more closely with his speechwriters next time, so they're writing down what he's told them he wants to say, rather than groping for bromides in the dark.

And the association executives? Well, as Kissinger said, "Academic politics are so vicious because the stakes are so small."

Grow up, kids. You're not on Sesame Street anymore.