I've been on a weeklong ramble, and so missed horror show at the U.S. Open on Saturday night. I was sad to read about it.

Based on what I've read about it (not everything), it seems Williams had more than a legitimate point in her tirade about a double standard for women athletes. It also seems regrettable that the spectacle stole the glory that her opponent, Naomi Osaka, had earned over all the years of tennis practice since she idolized Williams as a young girl. And then it was lovely and moving the way Williams regained her composure and perspective to discourage the crowd from booing, and to congratulate young Osaka through their mutual tears.

I remembered that I had strong thoughts on Williams' on-court behavior in back in 2015, three years before this unfortunate but possibly game-changing incident occurred. Back then, the issue was not primarily sexism, but racism.

Let me sum up Rankine's 3,000-word essay in a few sentences. (How can I do this? Because the article is actually this simple-minded.) Serena Williams, the greatest women's tennis player who ever lived, acts alternately like a charming person, a preening fool, a dangerous nut case, a vulgar creep and—most commonly—like a pouting, self-pitying martyr who is being forced by unseen oppressors to play tennis for millions of dollars in huge stadiums. And she acts this way because many fans and potential corporate sponsors are racist, and because this is the only honest series of responses a black person could have.

When Williams once told an umpire she was going to "take this fucking ball and shove it down your fucking throat," that was good, according to Rankine, because "we actually see her. She shows us her 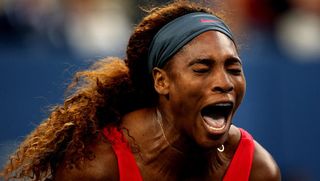 joy, her humor and, yes, her rage. She gives us the whole range of what it is to be human, and there are those who can't bear it, who can't tolerate the humanity of an ordinary extraordinary person."

Rankine writes that she was inspired by Serena a few years ago when she was recovering from cancer and suffering from deep exhaustion "brought on in part by the constant onslaught of racism, whether something as terrible as the killing of Trayvon Martin or something as mundane as the guy who let the door slam in my face. The daily grind of being rendered invisible, or being attacked, whether physically or verbally, for being visible, wears a body down."

She saw Serena Williams play in the U.S. Open, and "Serena's strength and focus in the face of the realities we shared oddly consoled me."

Clearly, Rankine (and Williams) and I are different people, and not just because of our different means of stress relief. White people and black people have vastly different experiences—live, in many ways, in wholly different contexts. Despite significant social change, the chasm between black and white experience has been wide for centuries, and sadly I expect it to be wide for centuries more. I'm damned sure it's wide today, and I'll pounce on an average white person who seems to think he or she has a pretty good idea of what an average black person does and does not go through during a day or in a career or over a lifetime. In our occasional musings about black experience, I'm pretty sure we miss a few things. 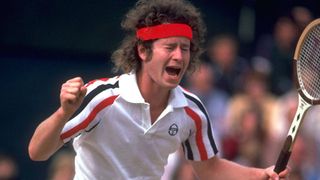 But just as absurd as white people telling how black people feel, is black people telling white people how they ought to feel. Maybe Rankine wasn't mainly writing for white people. But The New York Times is popular with the white set, and if we are to believe Rankine, then we are supposed to believe—and tell our daughters, who are learning about tennis and life, and trying to figure out how they're supposed to behave in their own moments of exultation and frustration—that Williams' behavior is not only acceptable, but laudable, because it is "human."

Which isn't to say she will be a perfect model of grace. Competition tests people, and tests are often failed. It's just to say that I hope my daughter will attempt to show the best parts of herself to whoever is watching. That she will attempt to be fair and generous and good. You know, like the rest of us do, in the face of our own tests.

I suppose I still have a lot to teach my daughter about race in America—and maybe I'll be around long enough that she'll have some things to teach me. In this particular American search for truth, it's usually the blind leading the crazy anyway. (And the blind got directions from the drunk.)

But what I tell Scout—and what I have told her before, when her jaw has dropped at Serena's screaming f-bombs—is various mixtures of: Serena Williams is the greatest tennis player in the world. It is not easy to be Serena Williams, nor is it easy to be the greatest player in the world. It sucks when she acts like a boor, and it distracts from her greatness and athletic beauty. And we should nevertheless try to overlook it sufficiently to appreciate the privilege of watching her play, because we'll likely never see another like her again.

But I don't think I can in good conscience tell her anything more forgiving than that about Serena Williams, without venturing into George Bush's old "soft bigotry of low expectations."