Before there was social media, kids, people who wanted to pop off publicly would crank a sheet of paper into the old Underwood, type a letter, pull it out, fold it up, put it in an envelope, affix a stamp, and put that little gift in the mail, addressed to the editor of the local newspaper. 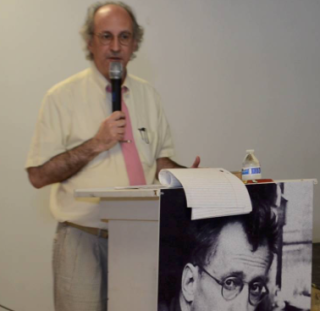 Iglarsh, who was my first editor, back in 1992—on the very eve of the Internet, when we were only reading strange things about the construction of an "Information Superhighway"—still sends letters to the editor.

He doesn't type them on a typewriter or send them on paper, but because they may be published in the newspaper—to be read more broadly than a Facebook post and recorded more permanently—Hugh writes them with with care and imagination.

He emails them to his friends, too. I thought to share this one with you (the Courier font is my choice):

Regarding “Sidewalk cafes get committee’s OK to operate year-round” (June 13): Kudos to City Council for using your valuable time to solve perhaps the single most pressing problem facing a troubled town: the lack of al fresco dining in mid-winter. Haven’t all of us, while trudging through the snowdrifts, yearned to sip our zinfandel and nibble at our hummus plates in the crisp, bracing air of a Chicago blizzard? Thank you, aldermen, for restoring to us this sacred right. To paraphrase the great patriot Patrick Henry, “Give me sidewalk service in February, or give me death.”