Lou Williams is gravely ill, but I’m publishing a remembrance while he is still here, not just to tell people who didn’t know him what he was like, but to remind people who did know him, in case they want to connect with him once more. I understand his wife, Mary Moster, is reading him his emails, and I hope this isn’t too late.

Who was Lou? I bet you can tell by the way he's looking at you. 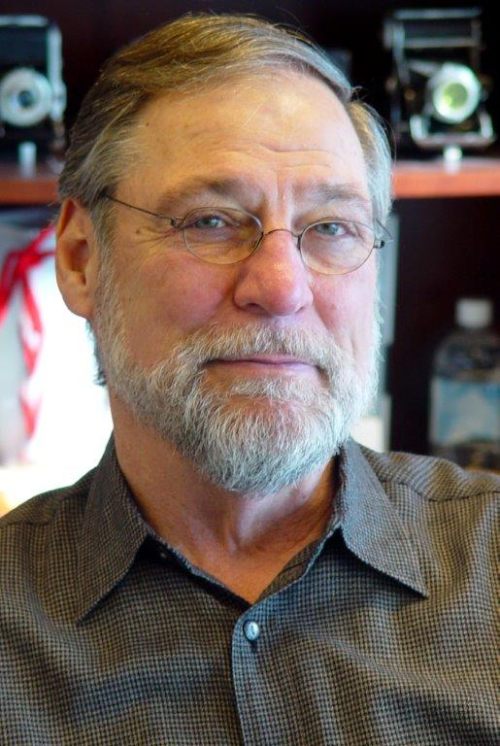 In short, he was everything that respectable PR people are not. And he was the best PR guy I ever worked with.

By the time I worked with Lou, I already knew him. (That was a tip, kids.)

And Lou apparently knew me. He cultivated a relationship with this young PR trade reporter not by wining and dining me, but by taking me (and a few others like me) to Cubs opening day. We swilled cold beer to keep warm on a howling gray April Chicago afternoon. As I shivered happily on the first base side, Lou told me his dad took him to games in the 1940s. I asked him what Wrigley Field was like back then. “Exactly like this!” he roared, and a renowned PR agency owner and an unknown 25-year-old trade scribe were the same age, just a couple of kids suffering and exulting together at the old ballgame.

There were other times, but not enough of them to account for how much I trusted Lou, who I knew in my bones to be a guy who knew who he was and who knew who I was. That’s a lot to know about somebody, really. In fact, it’s kind of everything.

And that confidence came in mutually handy one day in the year 2000, when Lou took over control of the communications trade association that I’d been covering during a financial scandal that was threatening its existence. I’d been dealing with an association full of spinning, smarmy, cowering, lily-gilding, prevaricating and ass-concealing association dweebs and liars hired at a discount.

I was used to this treatment, as I had been by now writing about this and other organizations for a number of years.

So even though I knew Lou, I was startled when I called him up on the first day of his emergency volunteer assignment to save this sinking and rudderless outfit—or he may actually have called me. He said: I’ll tell you anything you want to know, answer any question you ask and tell you the truth, whatever it is. He gave me his assessment of how the association had wandered into its mess. He told me that the story would have to be broadly understood if the association was going to take the painful steps to survival. And he said he saw me—and other members of the media—as his allies in bringing clarity and credibility to a common reality that had to be squarely faced.

I emerged as the most dedicated reporter on this story, and over the next weeks and months, Lou backed up his promise by responding to my every query promptly and candidly and even colorfully, opening the organization's books to me and giving me not just progress reports, but a sense of the mood of the stricken headquarters staff, and his daily life as he tried to change the culture. He wanted me to understand, so that I could make other people understand.

Incredibly—and to some observers unconscionably—Lou invited me to sit in on a traditionally closed-door meeting of the organization’s executive board. It was a momentous meeting, where the board charted the next crucial years of the association. During the self-important, dithering deliberations of a board made up of mostly single-shingle PR consultants and staffers who hadn’t the faintest idea how to run a professional association and who only needed to endorse Lou’s expertly laid turnaround strategy (or so it seemed to Lou, and, by then, to me too)—Lou paced the perimeter of the room throwing his head back and pulling on his unkempt beard in strategically expressed exasperation.

Lou saved the association and hired a successor who ran it quietly and ably for about a decade. When it hit the rocks again after that, I turned to Lou for his quotable counsel, which he delivered. But really, he’d moved on—long since selling his agency, L.C. Williams & Associates, to his employees. The accomplished sailor and airplane pilot (and bullfighter for all I know) moved from Chicago to Door County, Wis. and started a woodworking and photography business, beating a bad cancer and generally living as thoroughly and enthusiastically as always.

Now the cancer is back, which is why I’m rushing to get this out. And it’s Lou, which is why I feel comfortable publishing it while he’s still here. Lou never minded being on the record.

Recently I wrote a piece in which I expressed astonishment and no small amount of concern that, in the absence of reliable, commonly respected religious, government and media institutions to turn to, people are beginning to seek out corporations and big nonprofits—and thus, their PR people—as sources of moral authority and social arbitration.

A reader responded, “If corporate communications are regarded as the new Fourth Estate we need them to adhere to higher standards of ethics than they have previously.”

Nope. We just need to teach them how Lou Williams used to do it.