Last year this month I was on my motorcycle, bound for Cleveland and the Republican National Convention. 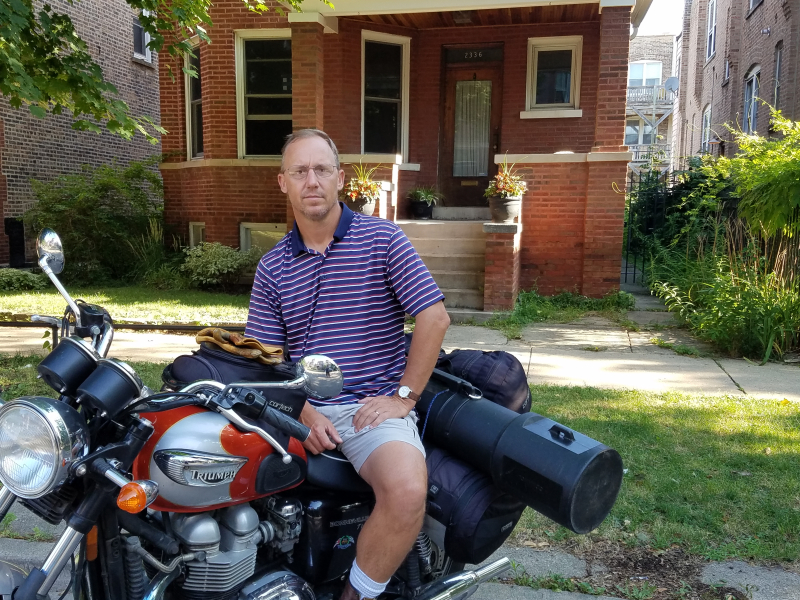 Going into all that chaos, it seemed like 1968, the way it's remembered by CNN documentaries—adventurous and dangerous and a little romantic.

And, for once, that's the way it was.

… you wonder what you're going to say as you walk numbly out of the arena after watching a legitimate American presidential candidate deliver a 70-minute speech that felt like 30 even to you, and that set everyone around you afire, while you received texts from your sister, like, "What is it even like to be you right now?" Walking to your motorcycle, you talk to your wife on the phone and she tells you she's sick with fear and encourages you to write from the heart.

You ride through the Cleveland midnight, telling yourself you're too tired to write, but ideas flood you so you whisper up to the boathouse where your host and his family are sleeping and you pull a beer out of the refrigerator and you take your laptop out onto the pitch-black deck and you write 1,500 words in 90 minutes. They come out of you so fast and so straight that you're sure there's not even a typo in them. You're not sure they'll hold up in the morning, but you have an idea.

In the morning you add some quotes to the piece from the notes it was too dark to read last night, you read it one more time, and you post it. You're not sure it's great but you are sure it's what you think. Fifteen minutes after posting it, you get a text from a discerning reader and friend. "It might be my favorite thing you've ever written." And then it spreads online further than anything you've written in some years, and maybe ever.

Wow, does that seem like a long time ago.

A long time ago, and maybe never again.

After Trump was elected, I wrote about him every day for two months. And now I can barely bring myself to write about him at all. I was at a loss even to remark on Charles Blow's column yesterday about Trump's mangling of the English language.

And that's what President Trump is: He is a raccoon. A scavenger, with a certain type of intelligence, remarkable dexterity and a certain charm. But a scavenger, loyal only to his own mouth and his own family's mouths, and utterly disregarding of everything else.

I'm a writer, not a zoologist.

The only people left in this story are people who I wrote about last fall—the ones who eventually voted for Trump.

They had their reasons. Now, they have their pride. That's not too interesting either.

The only thing less interesting, in fact, is talking to people (like me) who loathe Trump and fear Pence, but who seem to have little energy or faith left to solve the economic, political, cultural and rhetorical puzzle of how sane congressional and gubernatorial candidates might begin to appeal to millions of Americans who Voted Animal, in 2016.

What's left to say about all this? Feels like not much, at the moment.

Which is hard on me.