As I write this, I have a little cramp in my neck, that's lasted about two months.

I just paused and used the nose-hair trimmer that I keep in the most convenient desk drawer, next to my toothpicks, my nail clippers, my eyeglasses cleaner and a bunch of other Tools for the Old and Gross.

I get called “sir” by women I’m attracted to.

And I can neither understand my cell phone nor, without my glasses, see it.

I’m supposed to grumble about these things. I’m supposed to wish I had enjoyed my youth while I had it. But on Sunday I turn 48. And I still have some youth to enjoy. I don’t mind telling you that in my tennis league, it got back to me that the guys call me “The Roadrunner.” I ride my motorcycle long distances in all kinds of weather. I still drink booze like a man half my age with a drinking problem. I probably work more than you do and I probably sleep more than you do, too.

And here’s the other thing: I like being old. It’s an unanticipated comfort to have been around long enough to know a few things, as the insurance ads say, because I’ve seen a few things.

It’s been a disorienting year or so. I’ve gone from being a relatively footloose freelance writer to a business owner with Lots to Think About. The Chicago Cubs are World Champions. And as the leader of the free world, one of the worst people in America—the sort of man who our parents all brought us up not to be like—just replaced one of the best people in America. As a tow-truck driver once told me, “Ah, shit happens.” (Lucky for him.)

Every day a thing happens—in my business or in the World According to Trump (or both, so much has the latter encroached upon the former)—that makes me so grateful to have 25 years of professional life and history-witnessing to lean on.

Being older helps me appreciate fine human beings, because I have known enough of them to recognize the truly rare qualities.

Being older saves me from the shallow vanities. Yes, I’m proud to tell you my business is doing well. But you sure wouldn't know it, rattling around in my 2007 Subaru. Because I’m grown, it’s about the work, and the people, and the money—and not one thing else. What an incredible savings of time and energy.

Mostly what I enjoy is the confidence of knowing that though I’ll no doubt make errors in judgment, in the fog of Trump America and the guessing game of business, it’s unlikely that I will do anything truly outrageously silly or self-destructive. Because I already did most of those things, in my adult youth. Foolishly-burned bridges, fistfights with friends, callow overreaches, gratuitous insults, self-defeating dilettantism and posing, posing, posing—and all the dumbfuck decisions you make when every day is dress-up day. 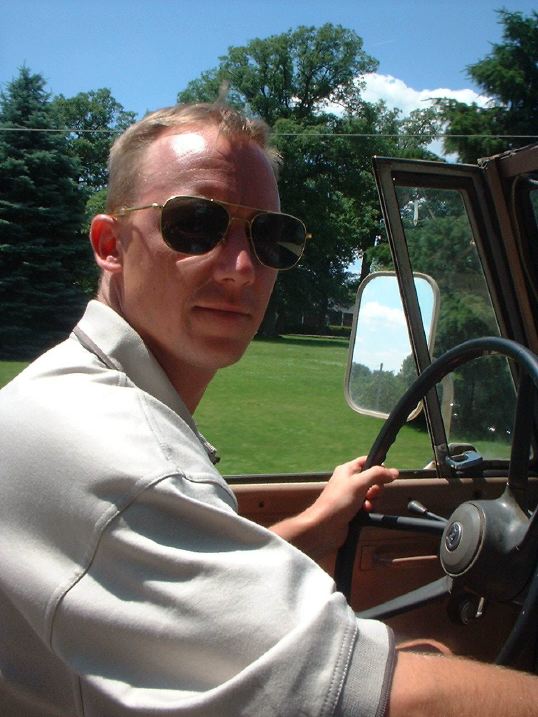 Yes, I miss feeling like the center of an endless universe, which is how I often felt in my adult youth.

But the world that surrounds me these days is the one I belong in the middle of.