My girlfriend and I moved to Chicago 25 years ago this month—April, 1992.

(We're married now, all three of us.)

The same week we moved here, the underground tunnels flooded.

Brother, Chicago has underground everything.

For years I tried to explore Chicago's underground.

But I learned I'm not really a tunnel guy. I'm a sidewalk guy,

Who likes to look down through the grates, into old basements, into construction sites.

Yesterday my 13-year-old daughter and I were driving down Western Ave.

In a long construction trench down the middle, we saw the old railroad ties

Beneath the streetcar tracks and the paver bricks, 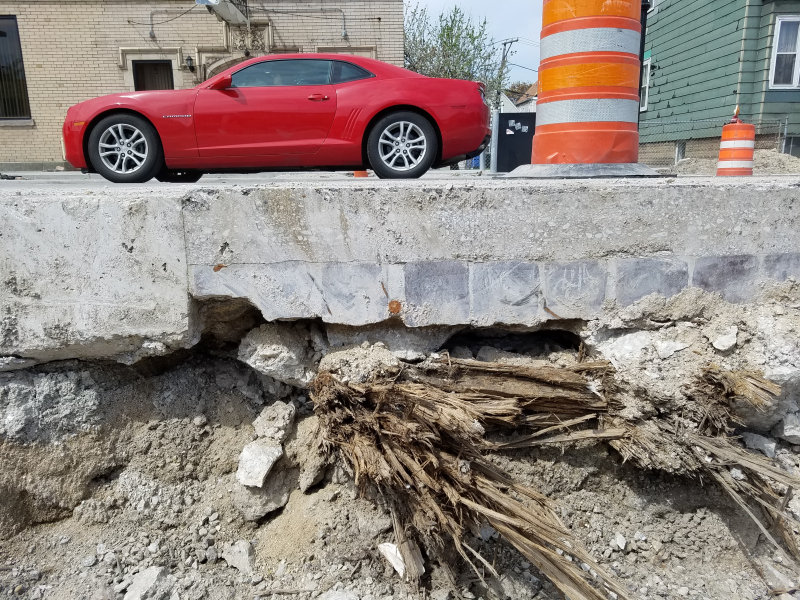 "Why do I think that's so cool?" my kid muttered to herself.

Because it's good to know there's more below.