The question arises in conversations between Americans trying to work it out: Is Donald Trump all bad?

I guess it's probably our mothers, if we have good ones, who give us the first and thus strongest sense of how to tell the difference between good people and bad people. I had a good mother, especially in this particular category. Mom had a huge intellect that produced a number of literary novels (after earning her "a 4.0 from the University of Michigan!" as she often reminded her kids, roaring over Vivaldi from a cloud of cigarette smoke). 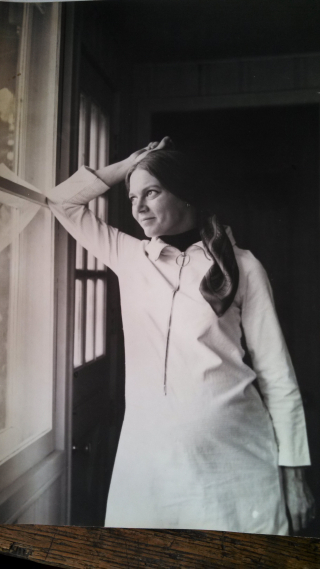 She knew and appreciated many kinds of music, dance, art, literature and philosophy. But when it came to people, she split the world into exactly two.

Words she used to describe a good person:

Words she used to describe a schmuck:

Mom might describe her complicated moods as comme ci comme ça, but I never heard her describe a person that way.

Why? I won't tell her life story here, but I think experience told her it was important to delineate good people from bad people. And I think she thought it was especially important for empathetic and generous people, who could see beauty and goodness in bad people as well as they could forgive bad behavior in good people. The latter had to be done. The former was goddamned dangerous.

Lately I've been struggling, as maybe you have, with the cognitive thunderstorm that is contained in the simple term, President Trump.

President: A civic-minded, journalistic, hopeful part of me promised in a second barroom brawl I've had with a close friend since the election, to keep an open mind to the notion that Trump could turn out to be in some ways a productive president. Or maybe—it was late—I just promised him we wouldn't discuss the U.S. presidency for a year.

Trump: But my mom is speaking to me more strongly from the grave. Last week she spoke to me through New York Times columnist Charles Blow (who didn't even know). "As long as a threat to the state is the head of state," Blow wrote, "all citizens of good faith and national fidelity … have an absolute obligation to meet you and your agenda with resistance at every turn."

In one of my more popular Writing Boots posts, I wrote that "it's not so much your regular behavior that communicates most strongly. It's the things you never do that say the most." I explained:

That's how we sum people up when they're gone. Of good people, we say, "she never had an unkind word to say about anybody." Of bastards, it's, "he never did anything for anyone but himself."

It's not what we do that means the most, it's what we never do: The couple knows we don't like them because though we play euchre with them at soccer tournaments, we never ask them over to dinner. The CEO has a blog on the intranet and shows up regularly at all the employee town meetings, but she says so much more by never eating in the employee cafeteria.

It's often been pointed out that Trump never says he's sorry and never admits he has been wrong.

We know Trump. We know him well.

Keeping an open mind about him is dangerous and asking others to do so is asking too much.

If you disagree, take it up with my mother.