The first fight I ever heard my parents have was over the 1976 election. My Republican dad had declared he thought Jimmy Carter was a good man, giving my Democrat mother reason to hope that after voting Dewey, Ike, Ike, Nixon, Goldwater, Nixon and Nixon, Dad was not going to cancel her out for once. But old habits die hard.

In my bedroom, I could hear my mother in the kitchen, "Jerry Fucking Ford!?"

I really hope many Democrats are not counting on many Republicans to come to their senses and vote for Hillary Clinton just because there are 176 compelling reasons that Trump is unqualified.

Democrats counting on that should try to imagine how monstrous a Democratic presidential candidate it would take to drive them to vote, not just for a Republican, but a Republican they've loathed for 30 years. Newt Gingrich is not a perfect analogy, but he will do until one gets here.

Dems, what Dem candidate would drive you to vote Newt 2016?

That's essentially what you're asking Republicans to do.

Better save your breath for getting out the Democratic vote.

Because most Republicans are voting for Donald Fucking Trump. 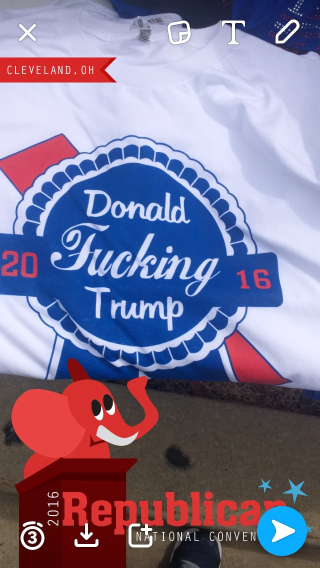