In heaven and hell simultaneously, I found this to be a hell of a mid-afternoon refresher before heading back out into the sweltering hate. Thanks to Paul Engleman for the tip.

A late lunch at The Little Bar off E. 6th. 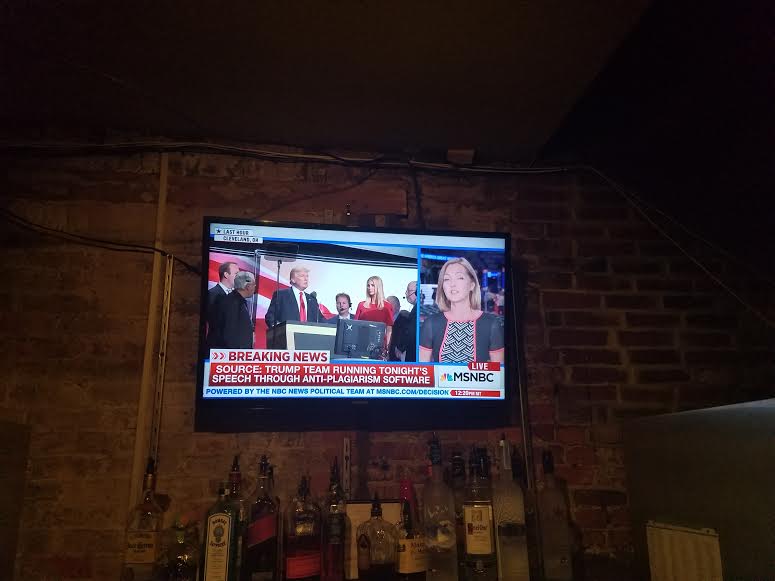 Communication correspondent Jay Coleman writes on Facebook, "Let me make sure I understand: For months, Donald Trump has referred to Ted Cruz as 'Lying Ted.' Last night, GOP delegates were up in arms because Cruz didn't endorse Trump. If we believe Trump and Cruz is a liar, and if Cruz had said how great Trump is, how could we believe Lying Ted?" This campaign is making so many of us feel so literal-minded.

Values-conscious Republicans were roaring with laughter at this t-shirt, newly for sale this morning. 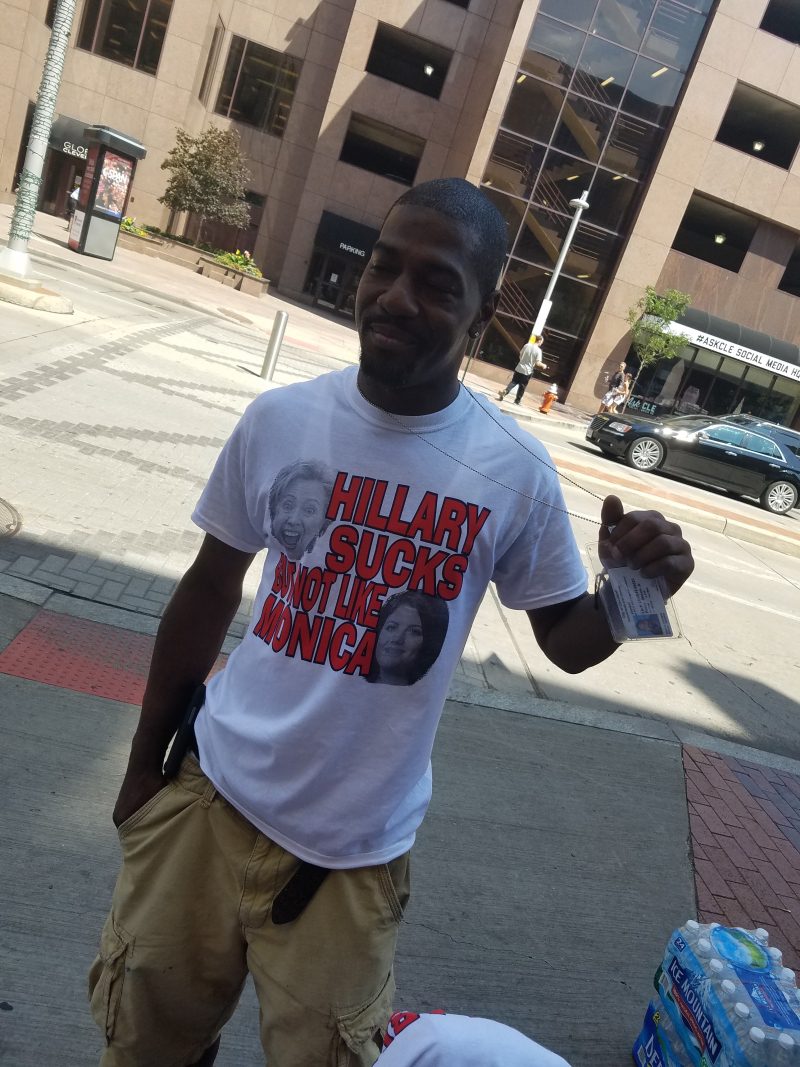 From our promo copy:

Speechwriting is the most lucrative of the communication specialties for a very good reason: It’s hard.

Writing something as personal as a speech for any other human being, let alone a VIP, can seem so difficult and complex that doubt can creep into the mind of even the most experienced professional. How do you start? Where do you get inspiration? How do you capture the speaker’s ideas, the voice, the intonation? Is there an ideal structure? And, oh wait, it has to deliver a message that an audience might actually remember?

There is no school for this. Yes, there is.

There’s Speechwriting School, convened by the Professional Speechwriters Association, hosted at Georgetown University’s McDonough School of Business, and taught by six of the best speechwriters, and speechwriting teachers, in the world.

Yes, Meredith, everyone makes mistakes. But let's get you straightened out. Contact me directly at psaexecdirector at vsotd dot com. 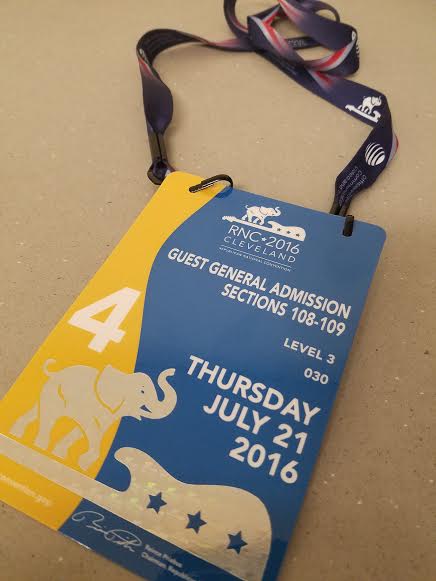 Thanks to Professional Speechwriters Association advisory counselor, teacher and Murray megafriend Eric Schnure—and RNC operations deputy director Whitney Nichols, one of Eric's many grateful speechwriting students, I'll be in the arena for Trump's speech tonight and all the surrounding mayhem. Not positive how I'll cover it, but I fear live-blogging might cause me to miss too much live action. I'm aiming to take it all in and try to write something a little more coherent, either late tonight or first thing tomorrow. Whatever I do, it'll land here first.

I've put out feelers to everyone who might possibly know anything about Meredith McIver, but I don't expect to hear back. She's not really a speechwriter—more like a staff ghostwriter—who has been inside the Trump organization for a long time, and thus probably fairly separate from the bigger world of public speechwriters. (In 25 years of putting on communication conferences, no one from the Trump organization has ever shown up to one that I know of. And I'd remember.) Unless and until I hear different, I'm assuming this went as McIver said it went—her confession rang true to me in the first place—and that McIver is the staff writer she says she is. (Not sure they're supposed to use staff writers to make political speeches, but that's another story for another week.)

I awaken from the first honest sleep of the week to questions about the identity of Meredith McIver, the speechwriter who took the blame for the Melania Trump plagiarism scandal. Her Facebook profile seems hastily thrown together and I cannot find her on LinkedIn. The New York Times reports that she's collaborated with Trump on various writing projects over many years. But I'm putting a call out to all speechwriters, in case I get calls today as head of the PSA (or in case I should make one): Do you know Meredith McIver?