I'm riding to Cleveland this weekend to cover the Republican National Convention, whatever that means. 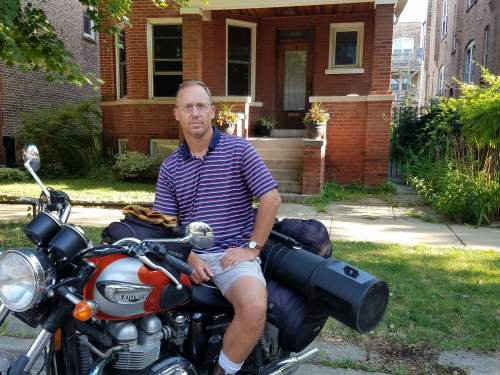 I couldn't secure a press pass, either in my capacity as editor of Vital Speeches or contributor to TheAtlantic.com. I'll write for VSOTD.com, Huffington Post, and the online arm of the Cleveland Plain Dealer.

There's a whiff of danger, almost smack on the 50-year anniversary of Cleveland's infamous Hough riots, and a week and a half after the Dallas police shooting. I'm staying with a pal who's a developer, and who boarded up his storefront windows the last time there was racial unrest in Cleveland—a year ago, over two black men who were each shot more than 20 times each by police after a car chase.

There's been a lot of concern over whether 500 Cleveland police and 2,500 deputies from around the country are prepared to defend themselves, their city, and the freedom to be the "environmental activists, anarchists, white supremacists, black separatists, extremist gun rights groups whose members may have illegal weapons and sovereign citizens groups that believe they do not need to abide by federal laws" that The New York Times says will land on Cleveland next week.

All while the whole world is watching.

Except for the bike and the bazooka, I'm doing my best to avoid any simultaneously sophomoric and self-important references to Hunter S. Thompson's misadventure at the Chicago Democratic National Convention in 1968. On a similarly ill-defined mission as I'm on, he wound up writing nothing important about that event, just a few letters, like this one he sent to an editor friend:

… when I got to Chicago I was treated as brutally as all the other press people—cursed, pushed, chased, punched in the stomach with a billy club, the whole gig. I wore my motorcycle helmet for four straight nights and ran so often and so far that my legs hurt for 3 days after I got home. Those pigfuckers were stupid enough to stage one of their numerous attacks in front of TV cameras, but the really horrible stuff took place in midnight parks, vacant lots in Old Town, doorways on Wells St., and places like that. I was terrified all week; it was the worst scene I've ever been involved with, and that includes the whole Hell's Angels gig.

I'll see what I see, and I'll use the throttle to get out of trouble. Look to this space for photos, videos and field notes, which I hope to post as I can, just because this is as good a place as any to put them.

Do not look to this space, until I return and locate my bearings sometime during the last week of July, for anything more coherent than that.