As you read here about a year ago, my wife and I have embarrassingly fallen into using the term "badass" in order to appear hip, or at least hip ster. 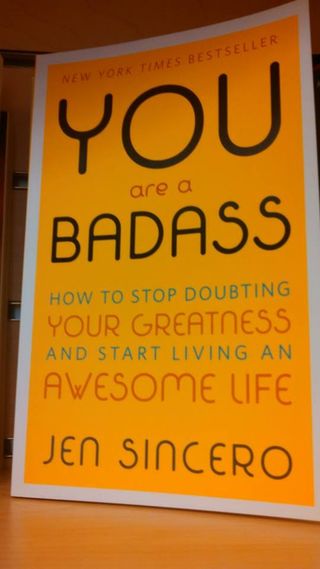 It's over for "badass," just as it was once over for swell, groovy, far out, out of sight, neat, cool, kick-ass, choice, bitchin, boss, brill, the bomb, stupid fresh, wicked and phat.

A teacher of Scout's used the term the other day. Not in front of the whole class, but rather in a private conversation, about the teacher's kid. But the teacher said it in front of Scout. Which means, of course: