Ever been so tired of the city traffic, city people, city parking and city problems that you just wanted to turn west on Ogden Avenue, say, and keep going away from Chicago until you reached the Mississippi River?

Well I did just that over the weekend, and I can tell you what you’d see—and how you’d feel when you got back.

For Labor Day, my in-laws took a cabin at a state park in remote southeastern Iowa. Hoping to ride my motorcycle there and meet my family, I looked up the directions, and specified, “no highways.” Google Maps returned: From my Ukrainian Village home, head south on Western Ave., take a right on Ogden Ave., and ride for 350 miles, 240 of them in Illinois.

That sounded good to me.

But I was having my doubts, growling in the 5:30 a.m. blackness behind a stinking Downers Grove garbage truck. As the sky turned to dark blue, the Ogden Ave. signs were mixed with signs for U.S. Rt. 34 West. U.S. 34 takes you to the Mississippi, through Iowa and Nebraska and, if you’re that fed up with Chicago, to Granby, Colo. First, though, you have to get through Chicago mega-suburbs Lisle, Naperville and Aurora.

Urban sprawl turns into rural road in Oswego—you feel it. And you could probably get a good country breakfast at 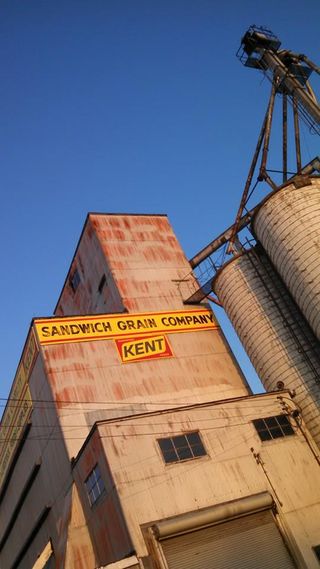 Plano, Sandwich or Somanauk, but I didn’t take any chances. I waited until I hit Mendota, about 100 miles west. Soon my worries came true when the intimate two-laner became an impersonal four-lane superhighway at Galesburg.

That highway lasts for many miles west of Galesburg, and takes a lot of the charm out of the ride. What’s the hurry to get to Monmouth? By the time I hit Biggsville, my mind was on Iowa, where I would have to escape U.S. 34 to find smaller roads. The river crossing from Gulf Port, Ill., to Burlington, Iowa, was uneventful.

In tomorrow's conclusion, we return to Chicago on the same road, transformed by a change of direction. —ed.