The week before the first moon landing on this day in the summer of 1969, my dad, then creative director for the Detroit ad agency Campbell-Ewald, wrote an ad for a client, Apollo-contractor North American Rockwell, that wound up being read into the Congressional Record after the mission succeeded. 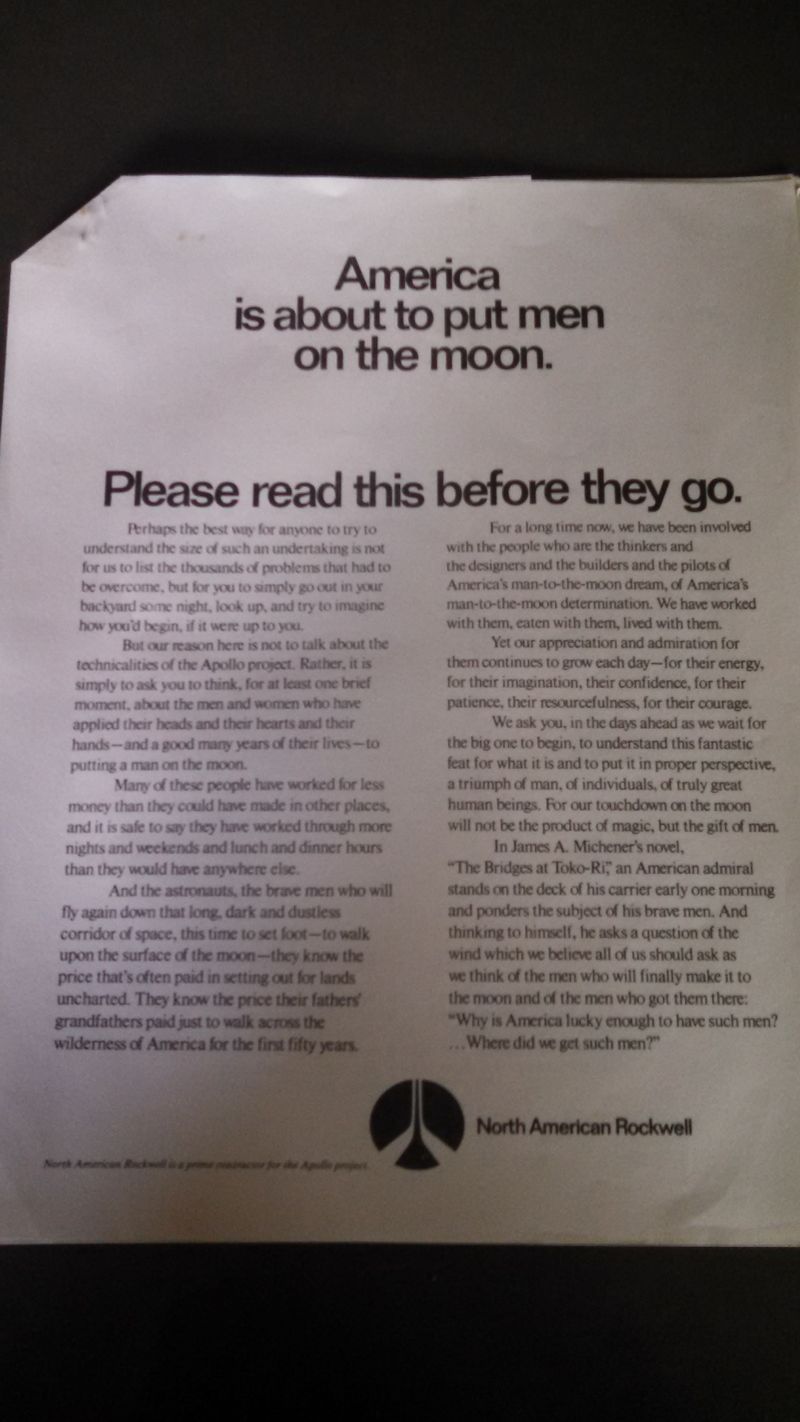 “It isn’t very often that an ad is so well written that it strikes a responsive note in the hearts and minds of many people,” wrote Campbell-Ewald’s president Hugh Redhead in a memo dated July 19, 1969. “Tom Murray, our creative director, has written one of those ads. We should all be proud of him.”

Another advertising exec called it “one of the most fantastic, pure copy masterpieces I have ever read.” A housewife said the ad “made me feel I was participating in the Flight to the Moon.” And former president Lyndon Johnson wrote to say, “My pride in our nation’s space program and in all the dedicated people that make it possible is boundless. I was grateful to read those fine words about them.”

The “moon ad,” as Dad always called it, would be the pinnacle of his career. I was 11 weeks old when it was published. Dad was my age: 46.

What, I wonder, will wind up being the pinnacle of ours?