When I was in my twenties and early thirties, all three of my sisters, one by one, moved from our origins in the Midwest to Boulder, Colo., a place where Allen Ginsberg could only spend a limited amount of time because he thought it was a little too out-there.

Meanwhile, I'd moved to Chicago. And I mean I moved to Chicago—old Chicago, with the neighborhood taverns and the Polish sausage and jagoffs and jamokes and all that other ethnic stuff that I romanticized because I'd grown up in a leafy, WASPy suburb seemed so inauthentic by comparison. I embraced Chicago so thoroughly that my dad used to sneeringly call me, "My son, born on the south side of Chicago."

Let me tell you. When one part of a family moves to Boulder and the other moves to old Chicago, that family has moved a long way apart. Eventually we each learned to tolerate this distance, the Boulderites mostly refraining from looking at our trash-strewn streets and asking obvious questions, like, "Why would you live here? It's so UGLY." And the Chicagoan and his wife trying to get our minds around kale and gluten. (Which one is bad again?)

Not long ago there was a small flare-up about worm holes, which Boulder people think exist in space-time while Chicago people think they only exist in their sock drawer. But by and large, we all realize, we see each other a few times a year. Who has time to fight about contemporary cultural issues, when we're busy being borne back ceaselessly into the family past?

Every once in awhile, though. Well, my nephew is starting a life-coaching practice. Now, this isn't really a big deal in Boulder; it'd be like him opening a hotdog stand here. And of course I wish the lad all power to his elbow. He's bright, warm and might be the sweetest man I ever met, and also one of the handsomest. If he can coach anyone to be half as appealing a person as he, he'll be a bargain at twice his price.

But the other day he posted on Facebook a photo of a stack of books that he had read in preparation for his practice, while studying the standard texts on theories of psychology. 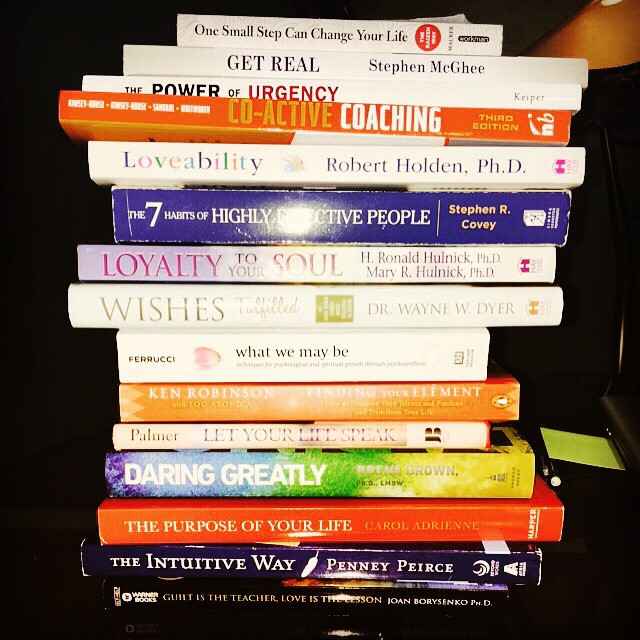 These titles inspired me to build a little bookshelf of list self-help books by Chicagoans, for Chicagoans …

One Small Step Doesn't Change Jack Shit … Unless the Jump Is Off a Ledge, in Which Case, Yeah

Wish in One Hand, Shit in the Other, and See Which One Fills Up First

It's Just Common Sense: Aren't Ya Gonna Have Any Meat With That?

Intuitive What? Alls I Know Is It's Windy as Shit Out There

Conquering Depression: Get Outta Bed, Put Yer Clothes On and Get Yer Fuckin' Ass to Work

Can't Complain, Lotta People Got It Rougher'n Me an' At Least I Got My Health, Right?

One More An' I Gotta Go: Heavy Drinking and Overeating for the Soul

Oh, why must I tease my beloved Boulder sisters? Because, just as life is too short to nurse disagreements with your family, it's a little too long to pretend they don't exist.

What I'm only now starting to realize after a couple of decades is that moving to Chicago and their moving to Boulder has in some ways forced us into these corners—spiritual versus practical, concrete versus contemplative, hedonistic versus balanced. And, though my eyes roll involuntarily at the sound of the word "mindfulness," I don't want my daughter to think I'm not, or that she shouldn't be, open to introspection, reflection and self-discovery. And I know my Boulder family also appreciates my curmudgeonly postcards and occasional reality checks from the Rust Belt. And they don't quibble with my cocktail hour, which lasts four hours longer than theirs.

I always underestimate the influence culture and physical surroundings have on my mind, which I like to imagine is a perfectly objective transparent eyeball of my own invention.