This week's issue of Advertising Age carries an excerpt from my wee book, Raised By Mad Men. Here's a taste of the Ad Age excerpt, which focuses on my mother:

She and other writers began to produce examples of advertising that harmonized with the voice of the creative revolution.

She wrote ad for FTD flowers that showed a man peering through a frame of leaves. The headline: “If you feel silly sending a man flowers when he’s sick, send him a big, hairy plant.” 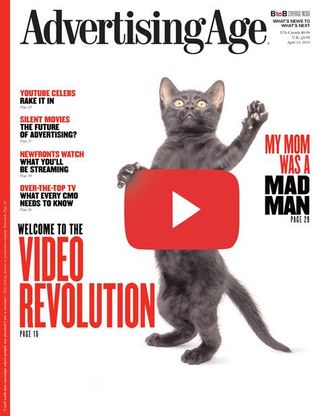 She did a safety ad for General Motors, showing a macho truck driver smoking a cigarette and drinking coffee. “Harry never drives more than two hours without stopping. Harry must be a sissy.”

“New York’s great,” began her recruiting ad for [Detroit ad agency] Campbell-Ewald, “but it’s so far away from everything.”

For Boeing Jetliners, she tried to promote far-away vacations: “There’s just one trouble with taking the same vacation every year: you’re always the same person when you get back.”

And she wrote an ad in 1964 for an unspecified client. “If you feel sure civil rights is moving fast enough,” began the headline over a grainy black-and-white photograph of a racially ambiguous child in a crib, “try to imagine your children waking up Negro tomorrow morning.”

I spend so much time seeing that the character of my parents lives on through my daughter. It's damned cool to pass on just a bit of their magic dust into the world, for the benefit of whomever happens to find it groovy.