I grew up in suburban Ohio. So when I came to Chicago just after college, I had some learning to do. The curve was steep. And, as I learned yet again early last Sunday morning, long, too.

I moved to Chicago because I liked the Cubs growing up, which should tell you a lot. First game I went to, I rode home drunk on the El train. A guy talked me into playing a "shell game"—guess which cup the ball is under?—and I lost $50, and my watch.

Around that same time I tried out for a job in "marketing," and wound up selling stuffed animals door to door.

Throughout my twenties, I often found myself stumbling home from all-night money pool games, my empty hands covered in blue chalk.

It wasn't until I was into my thirties, during a losing public fight against City Hall, that I even began to understand that it is indeed who you know (and not just in Chicago).

You think these things smarten you up. You feel sorry for people who never left Ohio, or people who live in Des Moines, because they don't know the first thing how people really operate. What jamokes they must be. You read Nelson Algren, with this look on your face. 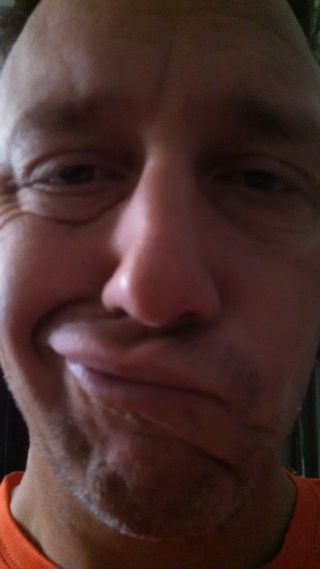 But then your door bell rings at 7:03 on a Sunday morning. Your daughter is sick and you've been dealing with that. You've dozed off again but now you're up, scrambling to put on your Joe Namath jersey. You run downstairs in your boxers and bare feet, because any visitor at seven on a Sunday morning must mean an emergency.

And indeed it is. A huffing, puffing middle-aged white guy is standing there. He's so sorry to ask, but he's your neighbor down the street, maybe you've seen him around, he's got the pit bull? You think maybe you have because you'd be embarrassed not to know your own fucking neighbors because what kind of self-absorbed prick yuppie doesn't know his neighbors. Anyway, he locked himself out of his house and his nurse wife is working in the emergency room hospital and he can't get ahold of her, she doesn't have access to her cell in there—he's so fuckin' sorry to bug me on a Sunday morning—but do I know a locksmith in the neighborhood.

I don't, but he should come on in. Yeah, come on in, and let's figure this out! Oh thanks, holy fuck, he was out last night at the fireman's Christmas party and he thinks he's still drunk and anyway, he was outside having a smoke and the door slammed behind him. He tried to scale the house (do you see his hands; he broke his belt!) but he couldn't get it.

Can you believe it, a fireman who can't get into his own house? Hey—I should take a cab to the hospital. Do you have cab fare—like forty or fifty bucks—I'll pay you back the second I get back, I swear to fucking God.

Oh of course you will, obviously you will, you're my neighbor for Godsakes, now I'm almost sure I've seen you—with the pit bull, right?—let me go get the money. Here's $60. (Never mind that with $60 you could take a cab halfway to Milwaukee, I just want you, need you, must have you out of my house, you shatterer of sacred Sunday morning peace.)

Obviously I can't go back to sleep. I really can't read the paper, because it's starting to worry me that he might not come back. It's worrying me because my wife, who overheard all this, thinks he is definitely not coming back, thinks he was casing our house for a burglary and why did I let him in. She is from Ohio, too. How did she get so cynical?

I tell her shakily, when the fireman comes back with the money she's going to owe him an apology. Uh-huh.

Eight comes and goes, nine, 10, 10:30. No fireman comes back because no fireman was ever here. A robber was here. A drunk robber. A drunk, noisy, profane robber. And I gave him $60.

Every time something like this happens, I think I'm sadder and wiser. But as the evidence seems to show, I'm only sadder.