Generally, when someone gives you credit for having "inspired" him to do something, he's about to ask you a favor. This is no exception.

However, it really was the enthusiastic response to a post here last December that showed some pictures of my parents from their 1960s advertising days that woke me up to the idea that other people might be interested in this story. I interviewed my parents' now-ancient colleagues from those days, drove through a blizzard to get to the special advertising collection at Duke University and ran another wintry gauntlet to Detroit to visit the agency where they worked.

(Check out this photo that the agency librarian at Lowe Campbell Ewald had on file of my parents in the early 1960s. He's about 40, she's about 25; they're both married to other people here, and several years away from their office romance. But it looks like someone saw something between them, does it not?) 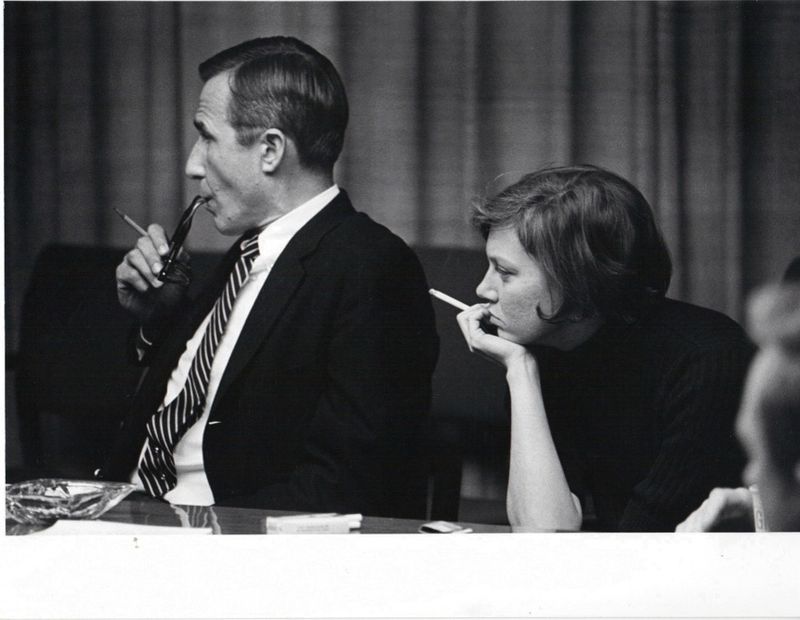 And now here it is—that little eBook up there on the top right, just asking to be clicked on and purchased for $2.99. I'm promoting the eBook hard in the spring—in conjunction with the coming series finale of Mad Men—and the eMystics tell me that the more reviews I have ahead of time (good, bad or brutal) the better.

So I hope you'll buy it, read it, and if you're inspired to publicly describe its excellence or its imbecility, review it on Amazon.

And I don't need no eMystic to know that reviews from Writing Boots readers, whatever they say, will mean the most to me.