Every other year, inside every communication association I've ever covered, the brass clips the ends off big cigars and discusses whether the association ought to start an "advocacy program." Meaning, the association will speak out on behalf of the profession, when issues or news stories arise that affect communicators, or that communicators affect.

And then everyone bursts out laughing. Yeah, right, like we're gonna stick our necks out and take a position on something, and potentially step on the toes of a dues-paying member! Hahahahahahahahaha!

Thats why I stood at my desk and cheered when Stephanie Cegielski, the vice president of public relations for the Public Relations Association of America—which is traditionally just as as marble-mouthed as its chief rival, the International Association of Business Communicators—published a violent takedown of the world's largest PR agency.

The post, which originally appeared last week at the association's blog and was re-posted this week by Ragan.com, excoriates Edelman PR's Lisa Kovitz for an error in judgement "so egregious that it stops us all in our tracks." Her target was a news-jacking blog post by Kovitz on the Edelman website "about how Robin Williams' death was a carpe diem moment for mental health professionals."

I'll leave it to you, if you're interested, to read Cegielski's well-written post (as well as some strong criticism of it) at PRSA's blog.

I think Cegielski is dead-ass right in this case, and I think all the criticism of her is craven. But that doesn't matter. What matters is this precedent-setting moment, whereby the head of PR at a PR association—and maybe it's easier for the head of PR than for the actual head of the assocatiation—said something straight and strong and honest and timely, in criticism of a PR agency 70 of whose employees are members of the association.

And the world didn't evaporate. And Edleman issued a mealy-mouthed apology "to anyone offended by this post." And I hope PRSA members young and old observed with raised eyebrows: Hey, it appears our profession is legitimate enough and confident enough for the official association's brass itself not just to participate in but to launch a public ethics debate, by calling out a member it thinks is out of line.

And the next time some knowing volunteer muckety-mucks group-agree that "advocacy" can't possibly, 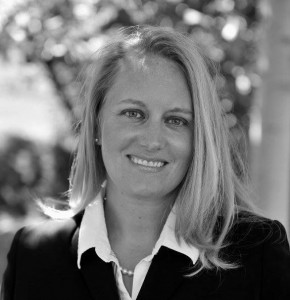 couldn't prudently, better not be and never has been done by an association of professional communicators, I hope somebody says, "Hold on a cotton-pickin' minute. What about Stephanie Cegielski?"