A blogger shows his readers respect by sticking, mostly, to the subject at hand. One doesn't want to read, on sailing blog, about the blogger having won her fantasy football league. If readers begin to sense that a blog is becoming a place to clean the blogger's mental attic, they'll say to themselves: Well hell, I have my own cluttered mental attic, thank you very much. And though they won't start their own blog, they'll protest by stopping reading yours.

But by God, I've got something in my attic that I've gotta get out, and since I have written 1,828 previous posts, almost all of which I can say have something to do with communication—because what doesn't?—I give you without apology or a even a faint attempt at claiming its relevance, professional golfer Tom Kite, demonstrating his workout routine, in 1981. 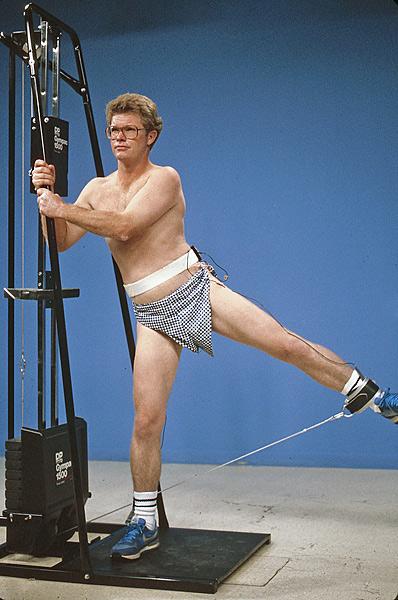